Examining the fundamental differences between the standard control methods described in ASHRAE guideline 36 and a proposed new approach based on AI and casual algorithms.

One document that attempts to combine said best practices into a comprehensive and relatively easy-to-follow guideline is ASHRAE Guideline 36, which provides design engineers with a strong tool when determining baseline control logic for HVAC systems. One of the main purposes of Guideline 36 is to provide standard sequences of operation that use cost-effective strategies to reduce energy consumption. Using the guideline, an engineer can pick and choose sequences of operation that align with specific equipment designs and layouts. The engineer’s designed sequences will then be programmed and commissioned by contractors during a project’s construction. However, using standard sequences of operation that are set once and not dynamically updated results in untapped energy savings potential in a system's performance. This article will discuss some fundamental differences between the standard control methods described in ASHRAE Guideline 36 and a proposed new building controls approach based on new technologies, in particular artificial intelligence (AI) and causal algorithms.

A basic method for controlling central equipment, such as air-handling units and chillers, is using trim and respond (T&R) set point reset logic. Multiple sequences in ASHRAE Guideline 36 use T&R logic to reduce a set point with the end goal of creating a system that is simpler to control and tune than traditional proportional, integral, derivative (PID) loops. T&R is done by decreasing a set point at a fixed rate based on the needs of connected downstream elements, such as VAV boxes or fan-powered boxes. For example, when a certain number of VAV boxes cannot meet cooling load conditions with the current supply air set point, the supply air set point will decrease, within acceptable limits, until a certain threshold of elements is satisfied. The number of elements needed to trigger an increase or decrease in set point is set by the engineer during design and can be adjusted by a programmer. This T&R threshold may vary depending on the project type and the zone priority levels that have been set. The T&R method is primarily used to control a single variable that is subject to the demand from the downstream elements, such temperature or pressure. An example of a derived supply air temperature reset T&R in a multi-zone VAV air-handling unit is as follows:

i)     Cooling requests shall be determined at the terminal unit zone level.
ii)     Increment shall be 0.2°F per minute (adj).

The first bullet of the sequence sets a baseline temperature for the DATSPT. The second bullet explains the scenario for when the DATSPT should increase or decrease between the minimum and maximum temperature limits. In this sequence, when even one zone or VAV box sends a request for cooling, DATSPT will be reset incrementally down by 0.2° per minute. A cooling request is triggered when a VAV box’s damper reaches a certain position, set by the engineer, such as 90% open (see Figure 1). When the damper is close to fully open, it is an indicator the load in the zone may not be met by the current maximum airflow and DATSPT. The set point will reset downwards until the requests for cooling are under the T&R threshold — in this case 0. Whenever this happens, the DATSPT will begin to reverse the cycle and reset incrementally upwards 0.2° per minute until either the maximum DATSPT is reached or the requests for cooling goes above the T&R threshold. 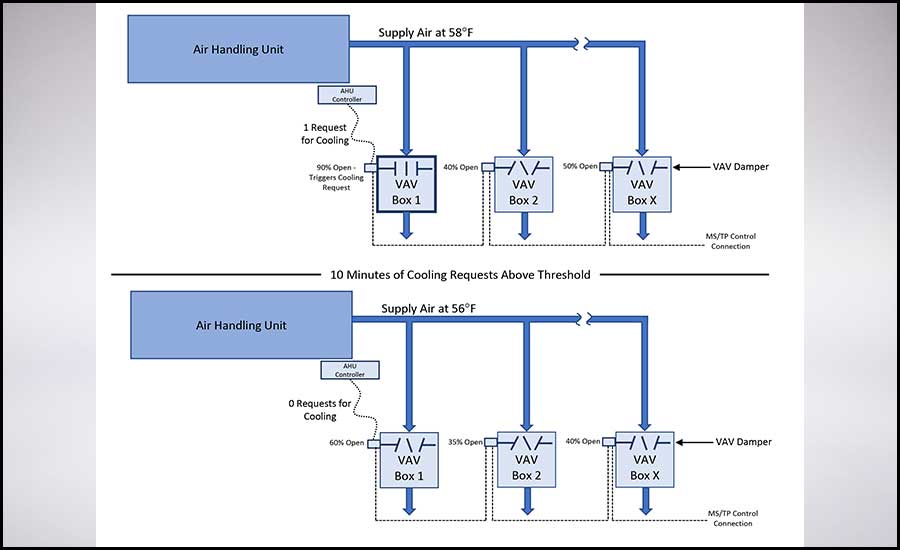 The last three bullets describe how the minimum and maximum DATSPT offset is set based on the outdoor air temperature. When the outside air temperature is above 70°, the building is likely to see a design cooling day, so the DATSPT offset will range from 50°-60°. When the outdoor air temperature is between 60° and 70°, the building is not likely to have a design day cooling condition, so the DATSPT offset will range from 55°-60°. Likewise, when the outdoor temperature is below 60°, the building is not likely to have a high cooling load, so the DATSPT offset will range from 55°-65° (see Figure 2). The overall purpose of the DATSPT T&R logic is to reduce reheat energy consumption as shown in Figure 2. In the example sequence, it only takes one VAV box to initiate the decrease in DATSPT. However, there may be many interior VAV boxes in a system that does not require the decrease in DATSPT and will need to compensate by providing a higher level of reheat to their zone. The T&R logic allows the set point to increase back up once cooling loads are satisfied in order to counteract the use of reheat energy. 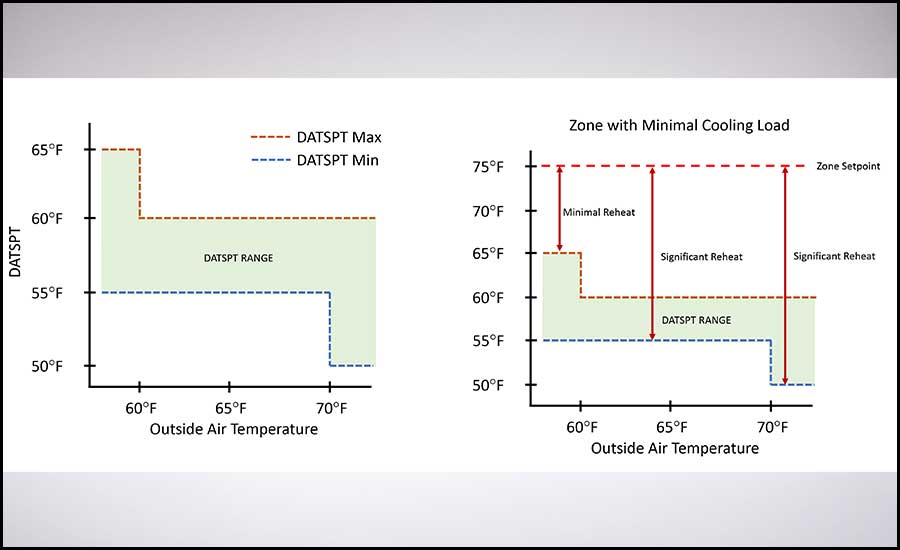 FIGURE 2: An example of trim and respond (T&R) logic operational limits, and an illustration of its impact on reheat energy.

These types of control methods serve as a static baseline for how a system should operate but do not dynamically update based on actual building operation. These sequences are designed to measure conditions in a zone and then react using a PID loop to reach a new desired value. A PID loop is a method of reading the set point, altering an output, providing actual sensor feedback, and repeating the process to get the desired set point outcome. However, a PID loop is only as good as the skills of the programmer that is initially tuning it.

One of the significant limitations of a PID loop program is that it does not know why a set point has changed and/or why it cannot be met; perhaps even more importantly, the PID loop program does not understand why it is doing what it is doing. One can program rules that monitor certain variables, i.e., discharge temperature, and then the building automation system (BAS) issues alarms at the graphical user interface (GUI) and/or via email to alert the building engineer of an anomaly in the operation of the HVAC system. An example of such a rule may be a reheat valve close off failure: If the discharge temperature is greater than the associated air-handling unit (AHU) cooling coil discharge temperature by more than 2° (adj.) when the reheat valve output is at 0% output for a minimum 30 minutes (adj) continuously. It's important to note that even this type of rule-based anomaly detection approach has its own deficiencies; just because the anomaly has been detected, it does not mean the cause of the anomaly has also been identified. For example, the rule does not take into account the status of the operation of the AHU. What if the AHU is operating normally and the damper of the VAV box has failed closed? The increase in the VAV box discharge temperature could be attributed to duct heat again. Perhaps there are a number of lighting fixtures located near the duct sensors that read the VAV box discharge temperature, as shown in Figure 3. 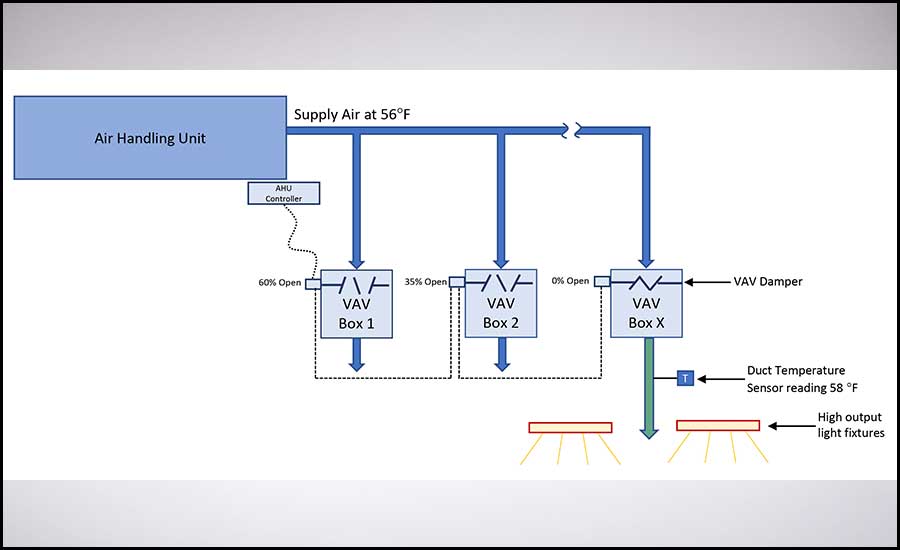 FIGURE 3: Proportional, integral, derivative (PID) loops do not know why an anomaly is happening in a system, causing the real underlying issues to be difficult to discover.

No matter how many rules one programs into a BAS, the BAS continues to be reactive and not proactive. Further, to be proactive, a BAS will need to be free of PID loops and switch to a self-improvement mode. This does not mean that if one uses machine learning (ML) algorithms, then the BAS is self-improving; it's actually quite the opposite. ML algorithms have significant limitations. Just like PID loops, ML algorithms cannot understand why their predictions are the way they are or what caused said predictions to be inaccurate. 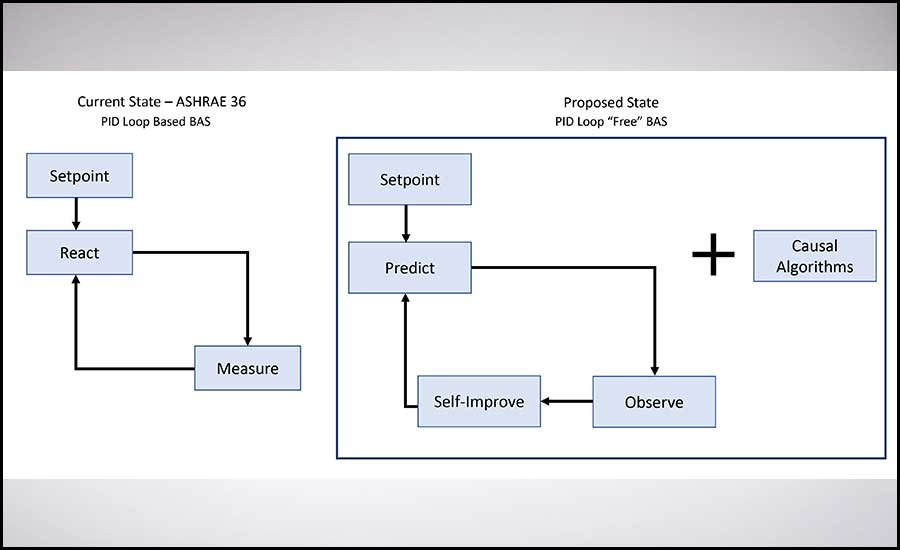 FIGURE 4: The current state versus the proposed state of the BASs control logic.

One way in which this could be achieved, and as shown in Figure 4, is to use a combination of AI algorithms and causal algorithms. Causal algorithms discover relationships and dependencies of variables within the system, which builds the bridge to quickly and more accurately understand why an anomaly is occurring based on the system operation. However, most of the standard BAS controllers used in buildings are not capable of hosting nor running these types of algorithms. A complete restructuring of a BAS network architecture is required in order to have a PID loop-free BAS. Elena Charming, EIT, recently graduated with master's and bachelor’s degrees in architectural engineering from Penn State University. She is currently serving as a mechanical engineer at SmithGroup.

Pushing the Boundaries: Heating a Building with a Chilled Water System