Integrated solutions for an institutional kitchen designed without mechanical cooling.

This article describes the remodeling of a hospital kitchen in which workers experienced high temperature and humidity levels as well as turbulent airflows most of the year. Causes included both over and under specification of kitchen appliances and HVAC equipment. Among other issues, the kitchen was built, surprisingly, without mechanical cooling. At great expense, the kitchen was remodeled with an integrated solution that’s providing significant improvements in the kitchen environment.

The hospital kitchen generally operates from 6 a.m. through 7:30 p.m. daily, serving about 1,100 meals per day to patients, staff, visitors, and patrons of on-site medical offices. Additional “short order” cooking operations are conducted in an adjoining café, which was not involved in the remodeling described below.

The task group purposefully included experts new to this project to provide a fresh look at the troublesome design issues. The group began their work by establishing a baseline of the kitchen and rooftop equipment most likely contributing to the significant comfort issues.

The bain-marie hot water bath appliance was positioned near one end of secondary cooking line and exhausted by a simple Type II (heat and water vapor) hood with its own small exhaust fan.

To address the initial discomfort issues after the kitchen began operating years earlier, a portable, 20-ton rooftop unit had been installed with temporary ducting to diffusers in the kitchen. One very large rooftop exhaust fan was intended to remove cooking effluents from the four sub-hoods comprising the large island hood.

A makeup-air unit had been installed during original kitchen construction with heating but no cooling capability. Makeup air was being discharged through somewhat randomly placed high-velocity diffusers in the kitchen. Hospital engineering staff indicated that a mechanical contractor had been retained periodically to rearrange kitchen air supply and return diffusers in an unfulfilled effort to improve kitchen comfort.

Two large propeller cooling fans on tall pedestals were located near both ends of the front cooking aisle, blowing air toward the front cooking line in an effort to aid worker comfort; however, it was apparent that these fans were more detrimental to hood capture and containment performance than helpful for comfort.

During new construction, a very large (16-foot-long) flight-type conveyor dishwasher was installed in a three-sided partitioned area of the kitchen. The ends of the machine were partially closed by plastic strip curtains with a central exhaust outlet ducted to a rooftop exhaust fan.

After a full examination of all equipment and operational factors causing kitchen discomfort, the task group summarized the causes of comfort issues: 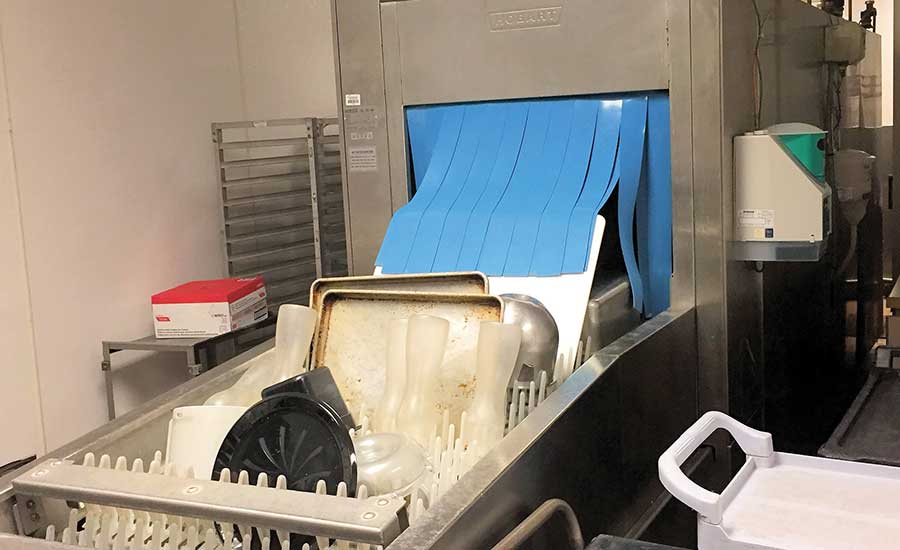 FIGURE 1. A dishwasher strip curtain being pushed open during operation.

Based on the diagnosis, the task group recommended several equipment and operational changes that were completed by the hospital staff, contract mechanical engineering team, and selected kitchen ventilation supplier: 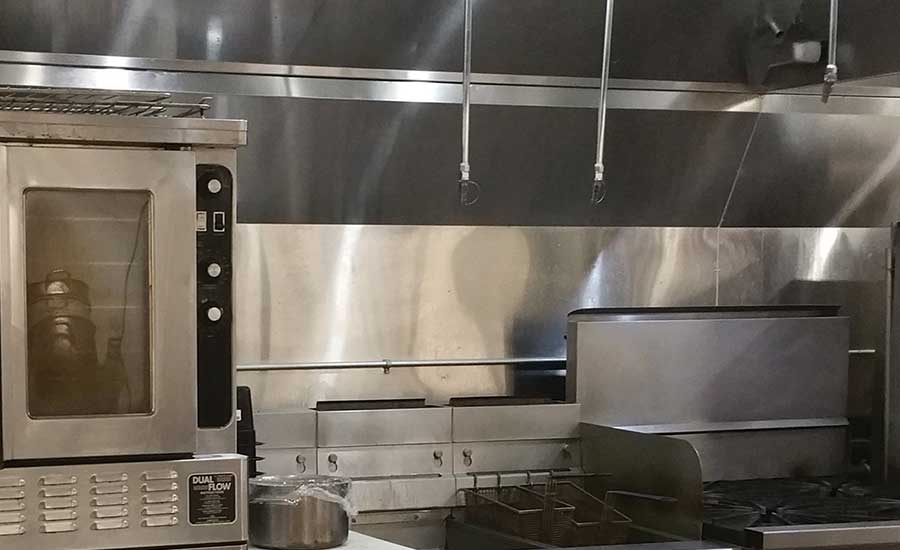 FIGURE 2. A stainless steel baffle between the front and back cooking lines. 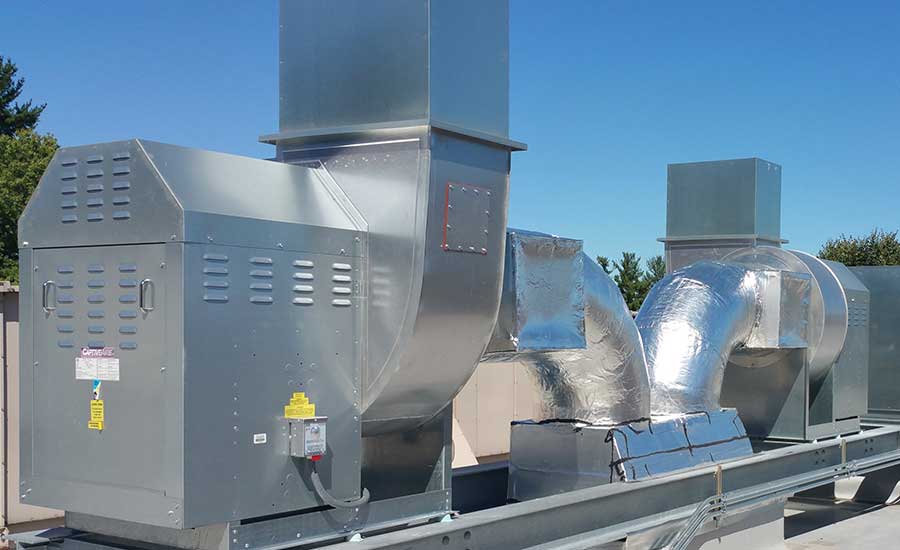 FIGURE 3. New separate exhaust fans for the front and back cooking lines. 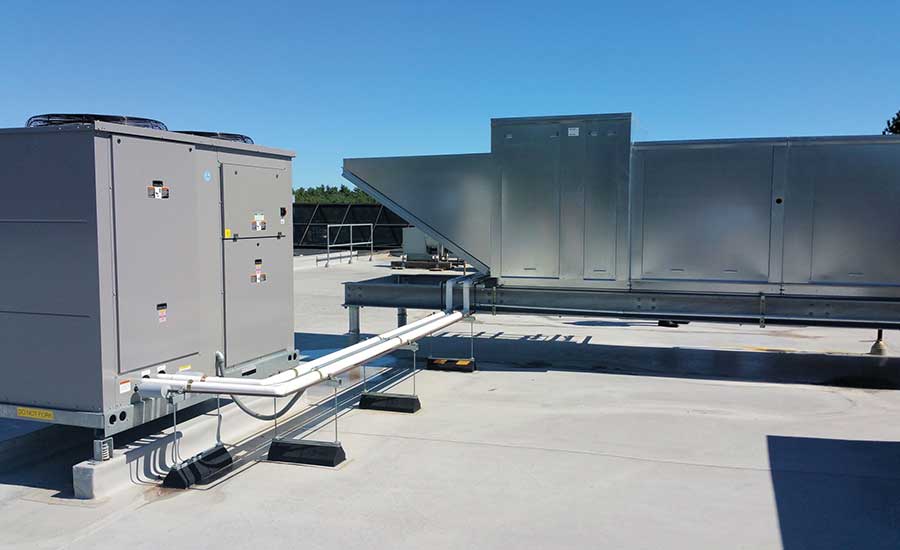 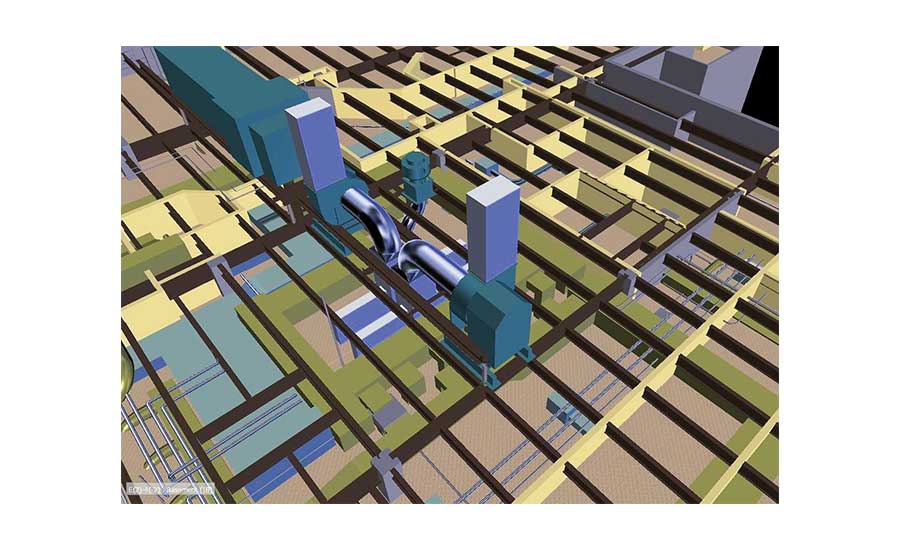 Proper commissioning of the new integrated equipment was the final step in improving the kitchen environment and setting up a means of monitoring performance. Setting of exhaust fan speeds was made easier by including their operating parameters in the hospital’s new building management system.

Reduced heating and cooling energy and cost are expected from mechanical code changes and several remodeling actions. A change to the International Mechanical Code section 403.3, beginning with the 2009 edition, requires half of the previously required outdoor air per kitchen worker — 7.5 instead of 15 cfm per person. The added IMC requirement for “area air” is easily satisfied by the amount of outdoor makeup air. These changes enable the use of more partially tempered, dedicated makeup air than before. Additionally, the larger island hood assembly, with greater overhangs and the separating baffle, provide greater hood capture and containment performance, which requires less exhaust air and in turn, less makeup air.

Changing from one to two independent main exhaust hoods with demand controls will also save energy and cost. The exhaust fans are set to provide full capture and containment of cooking effluents at the busiest cooking times, and the demand control system proportionately reduces each cooking line’s exhaust rate up to 20% as respective in-hood temperatures decrease with less front and back line cooking. From fan laws, up to 20% savings in supply and exhaust airflows and related fan speeds should result in up to 50% fan energy savings as well as less heating or cooling of makeup air.

The initial kitchen specifications were an unfortunate case of simultaneous over and under specification of kitchen appliances and HVAC equipment that led to worker discomfort since the hospital’s construction years ago.

The conveyor dishwasher was significantly larger than needed in terms of physical size and capacity. The manufacturer’s published capacity for this model is 14,316 dishes per hour. With the kitchen operating 13.5 hours per day, the theoretical capacity would be 193,266 dishes per day for a kitchen that prepares 1,100 meals per day, many of which are provided on disposable serving ware. Though replacement costs dictated keeping the installed dishwashing machine, ventilation in the partitioned area around the machine was improved by adding more supply and return air diffusers in the dishwashing area.