The CREST boiler features an enhanced modulating burner that delivers a turndown ratio up to 20:1 and flexible flow rates up to 600 gallons per minute to meet the needs of large commercial applications.
The boiler communicates in real time with building management systems by utilizing an on-board Modbus or BACnet MSTP protocol. And with CON·X·US®remote connectivity, which is a standard feature, commercial facility managers and building owners can monitor and adjust equipment controls on a CREST Condensing Boiler from a mobile app available on most smart devices.

The CREST boiler offers commercial installers six venting options and permits direct-vent air intake and exhaust runs of up to 100 feet using AL29-4C stainless steel vent pipe on all models as well as CPVC, PVC, and Polypropylene on the 2501-3501 models. 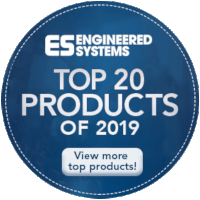