My sales territory has winding roads up and down steep mountains. To cut my travel costs, I traded in my gas-gulping truck for a small SUV with an equally small four-cylinder engine. The first trip to a remote customer made me question my decision. I set the cruise control for three miles per hour over the speed limit. As I reached the first steep hill, the engine whined and complained and finally shut off the cruise control as if saying, “You are on your own.”

I punched the gas pedal to the floor, and the vehicle could not even reach the speed limit. Even school buses passed me. I visited the dealer when I returned home, and the sales person informed me my new vehicle was designed for short city commutes and not that type of travel. While this has nothing to do with boilers, it does remind me of how misapplied equipment can cause unexpected consequences and possibly an angry customer. There are several considerations when designing a replacement hydronic boiler system in a commercial building.

I believe the first thing to do when designing a replacement hydronic heating system is to perform a heat loss of the building. Sizing is the bedrock of the design process for a replacement heating system. Please note: Sizing the system using the heat loss is only done with hydronic systems. Steam systems are sized by calculating the connected load which includes the heat emitters, radiators, and the piping. 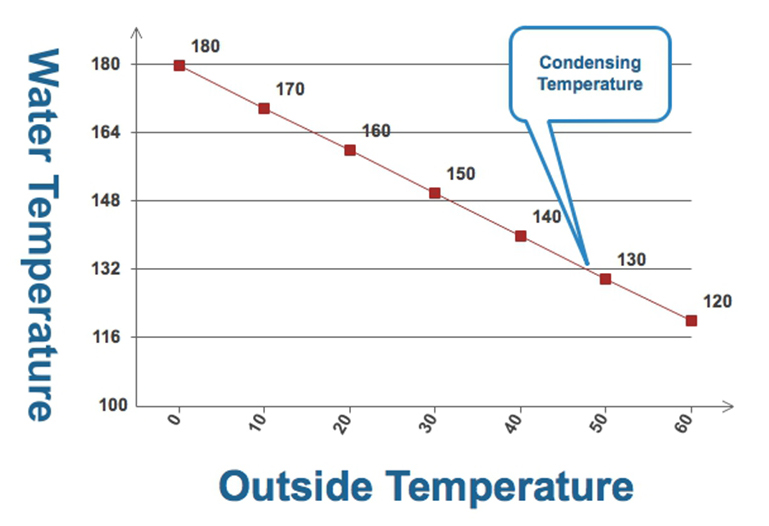 What will you heat?

Hydronics are so versatile, and the heating system can be designed to heat the domestic hot water, swimming pool water, and/or snowmelt system, as well as providing heat for the building.

Connecting to the existing system

Now that the new heating system has been correctly sized, I like to check the existing heating system and verify the new boilers will integrate properly. This job site visit would include confirming the size of the piping and circulator to see if they are large enough to distribute the heat through the building. If the pump is over 15 years old, I urge you to replace it. ASHRAE suggests that a base-mounted pump has a life expectancy of 20 years, while a pipe-mounted pump will last 10.

It is difficult to verify the capacity of the circulator as components may have been changed or are worn. An improperly sized pump could damage the new boiler. I was asked to give a price for a replacement heating system for a small school. During the visit, I saw the pump was half the capacity of the boiler. I was a bit confused. Was the boiler twice the size required or was the pump half the capacity? It turned out to be the pump was undersized and the reason the boiler failed.

Look at the system pressure on the boiler gauge and the location of the boiler room. If the boiler room is in the basement of a 10-story building, you may have a reading of around 65-70 Psig in the basement. Verify that the new boiler can handle pressures that high. To calculate static pressure, divide the height of the tallest part of the hydronic system by 2.3 and add four pounds. For example, if the hydronic system is 100 ft tall, the system pressure at the bottom would be 43+4 = 47 Psig. 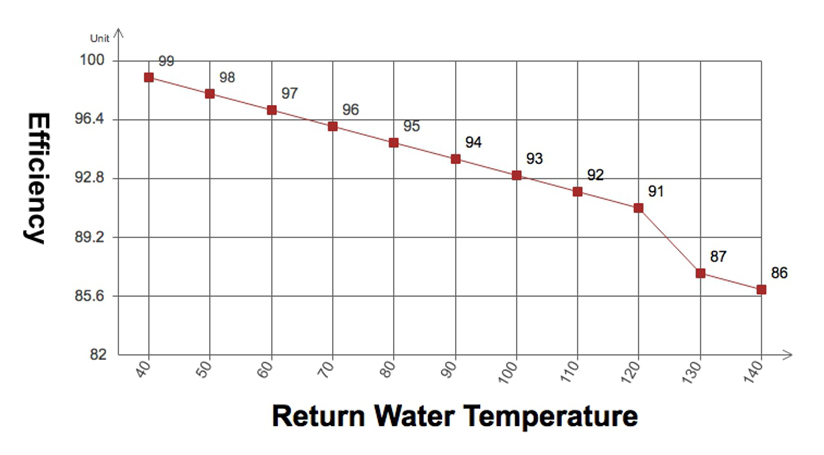 When you install or design a replacement boiler, the initial design temperature of the system has to be considered. In most instances, you are connecting the new boilers to a distribution system designed several decades earlier. The design water temperature is the water temperature the original designer used as a basis for the design. If the boiler was installed after December 1899, the designer most likely used 180ºF as the temperature. That water temperature will heat the building on the coldest days of the year.

You said I would save money

When we started selling condensing boilers, my first condensing boiler customer asked me how much he would save. I proudly showed him the brochure pointing to the sentence exclaiming efficiencies up to 98% efficient*. I never noticed the asterisk after the efficiency claim. I explained how his boiler was 80% efficient and that the system efficiency would jump from 80% up to 98% or about a 23% savings. He agreed and installed the boilers.

During the spring, I received an angry call from the customer demanding a meeting. When I arrived, the owner informed me his savings were only about 5% and not the 23% I had guaranteed him. I took a deep breath and explained that I did not guarantee the savings. I suggested he let me see his utility costs for the past couple of winters and we reconvene in a week. I reviewed the numbers, compared fuel usage, degree days, and was amazed. The new boilers only cut his costs by 5% to 6%. The reduced savings was because the boilers operated most of the year at close to 180ºF. They were used to heat the swimming pool and the domestic hot water. I met with the customer and explained my oversight.

I believe the owner expects the new system to be more efficient than the old one. That being said, many designers will lean toward a condensing boiler with efficiencies close to 100%. What is not immediately evident is these efficiencies are often achieved with return water temperatures close to 60º to 80ºF. Unless you have a water source heat pump system, the 60º to 80ºF water will not provide much heat to the building.

In most buildings, we see flue gas readings of 4% to 5% oxygen. At 4% oxygen, the dew point temperature is 131ºF and drops to 130ºF when the oxygen in the flue gas is at 5%. With these calculations, the condensing boiler will not condense until the water temperature is at 130º or the outside air temperature is above 50ºF.

Can we make it always condense?

Let us assume the building was initially designed using 180ºF and the installer used Slant Fin Model 351-10 baseboard. At 180ºF water and 1 gpm flow, each foot of the fin tube will release 870 Btuh. If we decide to only operate the boiler at 120ºF water so the boiler condenses all the time, the fin tube will emit just 310 Btuh or about 36% of the amount of heat. This may not be enough heat during the cold stretches of the winter. To be sure the boiler condenses all winter, we would have to install almost twice as much more heating surface.

If you look at the bin temperatures for Pittsburgh where I live, you will see the condensing boiler will only reach 90% efficiency for about 366 hours per heating season, or about 8% of the heating hours. It is based on a system design water temperature of 180ºF and a hot water reset schedule of one to one. 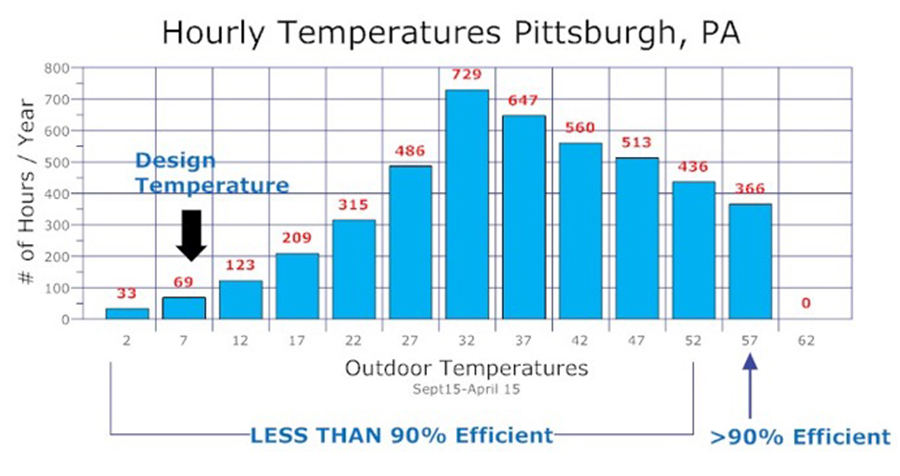 Figure 3. The hourly temperatures shows the bin temperatures in Pittsburgh during a typical heating season which runs from September 15 to April 15.

The condensing boiler typically requires more maintenance than a standard efficiency boiler due to the condensing flue gases. This increases the ownership costs for the building owner. Who will be doing the maintenance? This should factor into the decision of the type of equipment to use.

I realize it appears as if I am not a proponent of condensing boilers. Quite the contrary — I think they are a great way to heat a building, but some in our industry tend to overpromise the results of switching to a condensing boiler. I like to offer realistic expectations to the customer.

This is a debated topic, as the industry traditionally designed boiler rooms with two boilers each sized at 66% to 75% of heating load. The idea was we would have 66% to 75% capacity in the event of a boiler malfunction. This approach would assure the building would not freeze and was popular when we were not as concerned with efficiency. The drawback to this is that the heating system is oversized between 30% to 50% on the coldest days of the year. The oversizing percentage is exponentially greater as the weather warms.

All other boiler room accessories are also oversized, including the flue, combustion air, circulator, expansion tank, and piping. I urge you to consider multiple or modular boilers for the project. I recommend using four boilers for the project, two condensing and two non-condensing. Each boiler will be sized for 25% of the heating load. In the event of a boiler malfunction, the building still has 75% backup, but the heating plant is much smaller and less expensive. 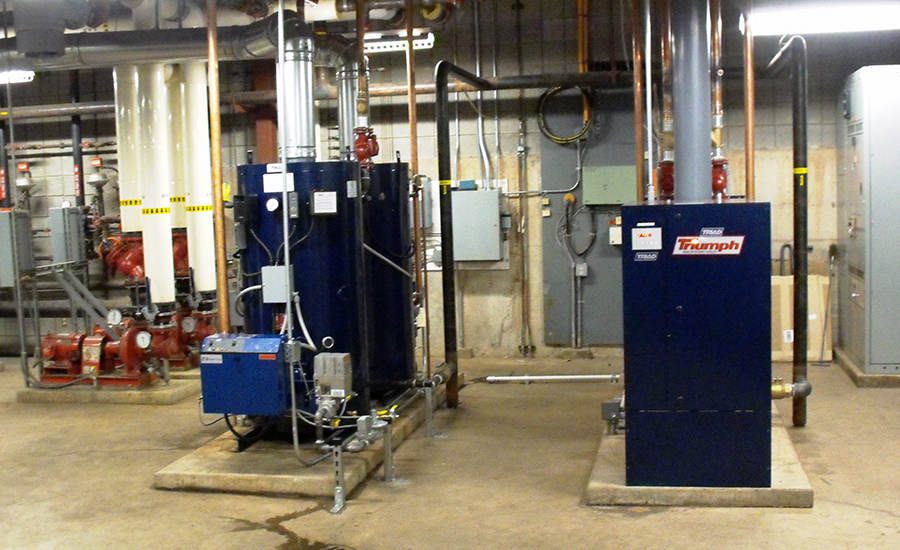 I urge you to include a maintenance agreement with the specifications or proposal so the boilers are properly maintained. An engineer I worked with asked me to look at a six-year-old condensing boiler that he designed and I sold. When I arrived, I found the boiler was packed with soot and dirt and the controls jumped out to maintain 180ºF all the time. The soot, which is an excellent insulator, had to be cleaned from inside the boiler and the controls checked and adjusted to operate properly.

The cost for getting the boiler back in operation was several hundred dollars. The owner balked at the price and suggested his old boiler never needed service. The old boiler was a cast iron sectional with an atmospheric burner and standing pilot. Since there never seems to be money for maintenance, I would urge you to include it in your proposal.

I would love to hear about your experiences with hybrid heating systems.

Ray Wohlfarth is president of Fire and Ice in Pittsburgh. He is currently a columnist for Plumbing and Mechanical and PM Engineer magazines and the author of “Lessons Learned in a Boiler Room.” Wohlfarth also taught a course for the Green Building Research Institute on green boilers and is the RP chair for West Virginia ASHRAE, membership chair for West Virginia Association of Physical Plant Administrators (WV-APPA), and a member of the Radiant Professionals Association.