The topic of motors and motor control techniques is wide and varied. Part one of this two-part article will cover the principles of alternating-current (AC) motor operation and control.  Part two will cover design considerations for AC motors with variable speed drives and electronically communicated variable-speed direct-current (DC) motors (ECMs), followed by a comparison table of suggested advantages and disadvantages and design considerations for each type, and concluded with a case study comparing the use of AC motors with variable speed drives (VSDs) with ECMs.

The most common type of motor used in HVAC fan and pump applications is the three-phase AC induction motor (IM). DC motors also have applications in the building and HVAC systems — in particular, many elevator designs employ DC motors. Compared to DC motors, AC motors are simpler in design, are more rugged, and have a longer life under normal operating conditions.

The Lorentz Force Law relates the direction and speed of the rotor windings as they pass through the stator magnetic field to the force applied at the circumference of the rotor and to the resulting torque.

When a charged particle, q, is placed in a magnetic or an electric field, it is acted upon by a force. This is analogous to a force acting on a mass placed in a gravitational field(1).

The Lorentz Force Law describes the combination of forces on a charged particle when placed in an area that contains both an electric field and a magnetic field.

Two forces are present in this equation:

As indicated in equation 1, the variables  are vector quantities, while is a scalar quantity. The values are defined as follows:

Another form of the equation is:

When a force is applied about an axis (referred to as the axis of rotation) at a fixed distance, such as tightening a nut with a wrench, this force is referred to as torque.

Torque equation: τ=rFsin(θ),, where θ represent the angle formed between the direction of the force and the line falling along the radius. In the wrench example above, the radius represents the length from the center of the nut to the end of the wrench where the force, F, is applied.

In the operation of a motor, the applied force, F, is determined from equation 2 above, (reprinted here for reference) and the radius corresponds approximately to the radius of the rotor.

Torque, as applied to induction motors, can be defined as a force acting at a distance r (rotor radius) where the axis of rotation corresponds to the rotor axis. Torque is measured in Newton-meters (Nm).

The Torque output of an induction motor is related to and dependent upon the value of slip as shown in the following equation:

From the above torque equation, it can be shown that:

Recall the following from physics:

The rotational speed of the stator magnetic field is determined by two components.

As described above, the AC current flowing in the windings of the motor’s stator generates a rotating magnetic field. The stator field rotates with a speed that is directly proportional to and is in time-phase with the electrical frequency of the AC line current and is, therefore, referred to as synchronous speed. The synchronous speed is determined by the frequency of the electrical line current flowing in the stator windings and the quantity of poles in the stator.

Synchronous speed is measured in rotations per minute (RPM)

An AC induction motor is comprised of an outer, fixed structure called a stator. The interior of the stator is comprised of metallic poles, and an axial motor shaft that supports and is connected to a solid metal cylinder called a rotor. The end of the motor shaft is connected to the load, such as a fan. AC motors are designed with an even number of poles per electrical supply phase (2-pole, 4-pole, 6-pole, etc.). They are manufactured to run on either a three-phase power supply or a single-phase power supply. A 2-pole, single-phase motor will have only two poles in the stator – a north pole and a south pole. A 2-pole, three-phase motor will have six poles in the stator – a north pole/south pole pair for each of the three electrical supply phases.

In image 1, conductive wiring is wrapped around one of the slots a fixed number of times (e.g. clockwise) and then continues on to wrap around the opposing slot in the opposite direction (e.g. counterclockwise). Instead of wire, conducting metal bars may be used. The wiring or rod laid in the slots is known as a winding. The windings are connected in a manner that allows a pair (2) of opposite polarity magnetic poles to be established. One end of the winding is connected to an external AC circuit (phase conductor) and the other end of the winding is connected to the neutral point in a wye-connected 3-phase motor or to an opposite-polarity pole of an adjacent phase. When AC current flows in the windings of the poles a magnetic field is established between the north and south poles of each pole pair. The magnitude (strength) of the magnetic field is directly proportional to the value of current flowing in the windings — when the current in phase A reaches a maximum, the associated magnetic field reaches a maximum.

Each of the three AC phases (A, B, and C) is 120 electrical degrees out of phase (time-shift) with the other two phases. This spacing of 120 degrees allows for only one phase at a given instant to be at its maximum positive value (north pole). The operation of the AC induction motor is based upon principles of electromagnetic laws, including Faraday’s Law of Induction, Ampere’s Law, and the Lorentz Force Law. In an AC motor, two rotating electromagnetic fields are formed that result in the rotation of the rotor. AC line current flowing in the windings of the IM’s stator establishes a rotating, time-varying, magnetic field within the interior of the IM. The time-varying nature of the stator magnetic field (specifically, the portion of the field located in the air-gap between the face of the stator poles and the face rotor) interacts with the windings of the rotor to induce a magnetic field within the moveable rotor. Rotor motion occurs when the magnetic field around each rotor winding (initially stationary) acts to align its magnetic north pole with the nearest magnetic south pole of the stator’s rotating field. The same is true for south poles in the rotor field act to align themselves with the north poles of the stator field. The effects of electromagnetic interaction cause the rotor field to rotate at a slower speed than the stator field. The difference in speed between the two fields is referred to as the slip speed (or slip). The slip determines the magnitude of the rotational force acting on the axial line of the rotor. This rotational force is known as torque. If the slip (speed) falls to zero, there is no torque acting on the rotor and the rotor will slow down eventually coming to rest.

The main difference between these control methods is the algorithm used to calculate the voltage required by the motor at any given moment.

The control methods listed above utilize either an ‘open-loop’ control system or ‘closed-loop’ control system. In an open-loop system, a parameter is set, and the fan will operate at that speed regardless of changes in conditions such as static pressure. In a closed-loop (‘feedback’) system, a sensor monitors output conditions and feeds a signal back to the controller indicating adjustments required to meet the current load conditions. For instance, if the static pressure in a duct changes, a feedback signal will tell the controller the adjustments necessary to meet the new static pressure.

V/F control is an induction motor control method that maintains a constant V/f ratio. V/F control uses a voltage-controlled oscillator to adjust the VFD output voltage and frequency signal to adjust motor speed (rotor RPM) while maintaining the motor rated V/f ratio. Maintaining this ratio as the voltage varies allows for a constant motor flux to prevent a weakening or a saturation of the magnetic field. If, for instance, the voltage remains fixed and only the frequency is reduced, then saturation of the magnetic field occurs, resulting in potential motor damage.

The process of vector control, also referred to as field-oriented control, (FOC) allows an AC motor to be controlled like a DC motor. This control method applies one or both transforms — the Clarke Transform(3) and the Park Transform(4) — to transform the stator 3-phase current in a stationary refence frame to a 2-phase current-in a rotating reference frame. The 2-phase current is resolved into the two components comprising stator current:

Vector control allows for independent control of both components of the stator current (the magnetizing current and the torque-producing current). A VSD using vector control can control torque as well as speed.

Vector control is used to achieve independent control of motor speed and motor torque, similar to how a DC motor is controlled.

With knowledge of the principles of AC motor operation and control in hand, stay tuned for part two of this article. Part two will cover design considerations for AC motors with VSDs and electronically communicated variable-speed DC motors, followed by a comparison table of suggested advantages and disadvantages and design considerations for each type, and concluded with a case study comparing the use of AC motors with VSDs, with ECMs.

(1) Equivalence of force equations for a gravitational field and an electric field: 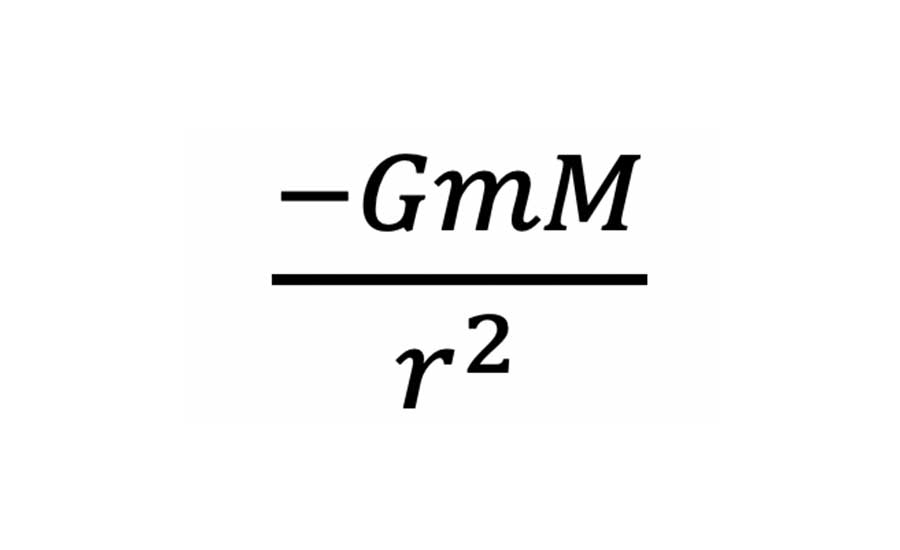 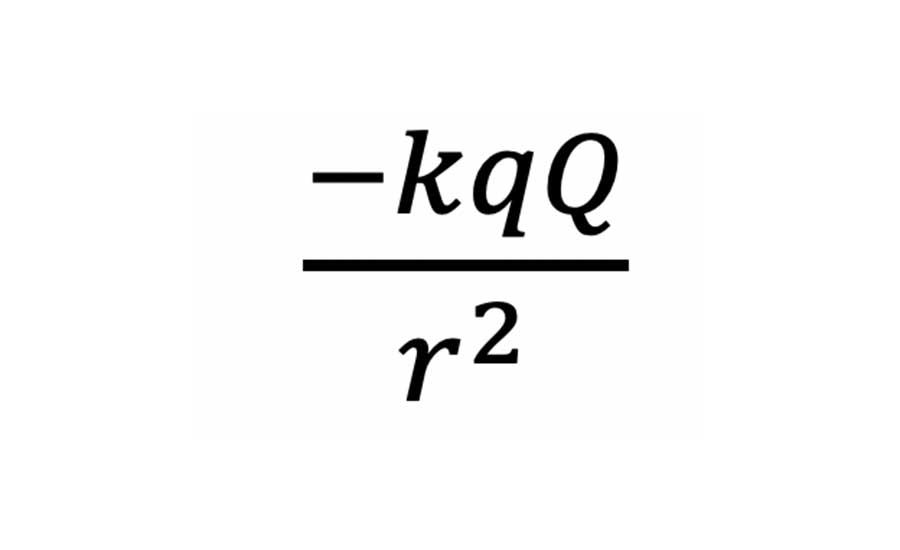 (2) A magnetic pole cannot exist independently and must always be paired with another magnetic pole of opposite polarity. [Gauss’ Law for Magnetism]. A magnetic field always flows from the ‘north’ pole to the complimentary ‘south’ pole. The number of poles is always a multiple of 2. 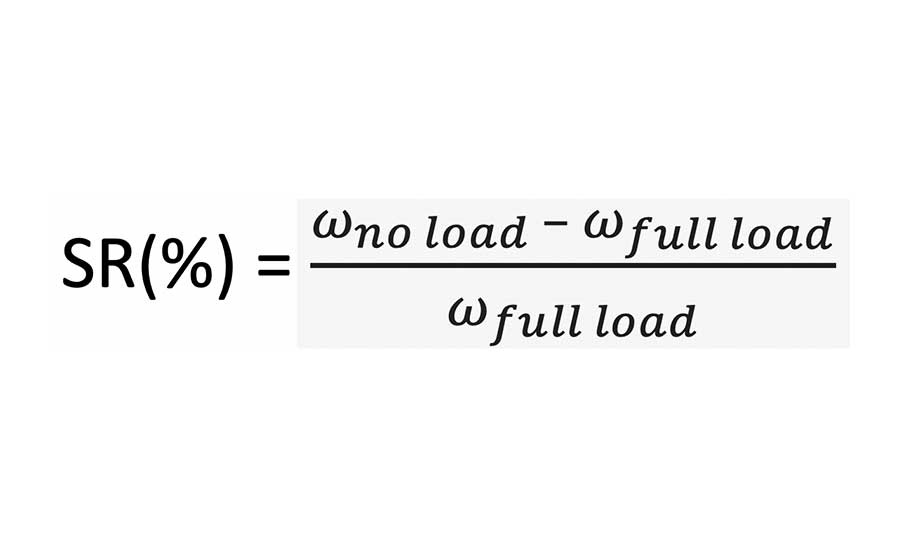 Patrice Mulhern is a licensed P.E. and owner of contracting and engineering firm Mulhern Group in the Philadelphia area. She earned a bachelor’s degree in architectural engineering and a minor in architecture studies from Pennsylvania State University in 2015. She has designed electrical and lighting systems for commercial buildings, including workplaces, government facilities, health care facilities, and museums. Contact her at patrice@mulhernelectric.com.

Robert Pfaff is a licensed P.E. and has been working for SmithGroup in the Washington, D.C., office for the past 14 years. He earned a bachelor’s degree in electrical engineering from The Catholic University of America in 1987.  He has more than 25 years of experience in electrical engineering design focusing on health care facilities, commercial buildings, laboratories, government facilities, and museums. Contact him at robert.pfaff@smithgroup.com.