The special nature of the occupants and activities in these facilities create special IAQ requirements, and the concerns only multiply when fire and smoke enter the picture. 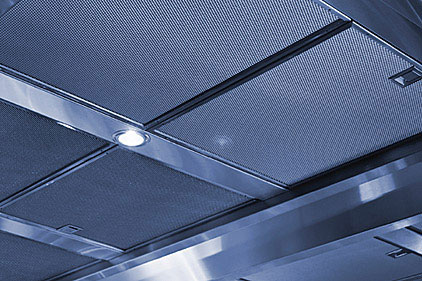 Managing smoke during a fire incident in a health care facility is critical because the fire/life safety strategy is to protect the occupants of the building while minimizing the need to evacuate or relate patients. It is necessary to provide a tenable environment in at least designated portions of the building for an extended period of time and to also limit the number of patients exposed to the fire and potentially needing to be evacuated or relocated. To accomplish the goal of defending the occupants in place, smoke will need to be managed by a combination of active and passive features within the building.

Virtually all health care facilities in the U.S.A. are required to comply with the Life Safety Code®, NFPA 101®(i) for purposes of meeting the requirements for certification by the Centers for Medicare & Medicaid Services (CMS). While current licensing, certification, and accreditation programs in the United States require compliance with the 2000 Edition of NFPA 101, CMS has announced the intent to adopt the 2012 Edition. For this reason, all code requirements and references contained in this article will be based upon the NFPA 101-2012 Edition, unless otherwise noted.
The article will also presume that the building is not a high-rise building. Additional requirements and smoke control considerations for high-rise buildings are summarized in the sidebar. The history and evolution of those requirements has been addressed by Gilyeat and Talley.(ii)

LIMITING THE QUANTITY OF SMOKE PRODUCED

While there are several requirements in NFPA 101 that address fire growth and spread, the primary means by which the size of the fire and smoke are controlled in a health care facility is a requirement that all new buildings containing a health care occupancy shall be protected with an automatic sprinkler system.
Furthermore, quick response or residential sprinklers(iii) shall be installed in smoke compartments containing patient sleeping and treatment rooms. This requirement was first introduced into NFPA 101 in the 1991 Edition and incentives are included in the Code to encourage existing health care occupancies to also be protected with fast response sprinklers. The requirement to install fast response sprinklers was based upon computer modeling indicating that such sprinklers will maintain tenability in the room of origin from most credible fire scenarios.(iv) The results of the modeling were then confirmed by full scale fire tests performed by the Center for Fire Research at NIST.(v)
Actuation of the sprinklers typically provides for fire control during initial development and growth, resulting in reducing the amount of smoke produced and the smoke that is produced has less buoyancy than what could occur in a building that is not protected with an automatic sprinkler system.

CONTAINING SMOKE TO THE ROOM OF ORIGIN

In most health care facilities, the HVAC system consists of a ducted supply and a ducted return. When that is the case, the NFPA 101 requires corridor walls to be constructed of assemblies capable of resisting the passage of smoke, providing a passive means of controlling the smoke to the room of origin. The requirement is also intended to maintain tenability in the corridor, providing a means to relocate patients should it be necessary to do so. NFPA 101 permits the corridor walls to terminate at the underside of a floor/ceiling or roof/ceiling assembly provided the ceiling membrane is capable of resisting the passage of smoke. While NFPA 101 permits the ceiling to be a suspended ceiling system, it should be noted that the International Building Code® (vi) (IBC) does not consider a suspended ceiling system to be capable of resisting the passage of smoke.
The HVAC system can contribute to the spread of smoke across a corridor wall when the HVAC system involves a supply or return plenum. When a plenum is used, the ceiling membrane clearly does not resist the passage of smoke due to the air movement that normally occurs between the room and plenum, through the ceiling membrane. When this is the case, the corridor wall must continue to the underside of the floor slab or roof slab above to limit the spread of smoke across the corridor wall. NFPA 101 does not permit transfer grilles in corridor walls which further compound the use of plenums in health care facilities.(vii) While plenums are not prohibited, NFPA 101 essentially eliminates an arrangement in which a single plenum serves rooms on both sides of the corridor or rooms and a corridor.
To complete the passive smoke control feature, corridor doors shall be provided with door hardware that is self-latching and positive-latching. Any penetrations of the wall below the ceiling membrane are required to be protected in a manner in which the performance requirement of the wall to restrict the spread of smoke is maintained. Should the corridor wall be required to extend to the roof deck or floor slab above, penetrations above the ceiling are also required to be protected to restrict smoke spread. NFPA 101 would not require smoke dampers in the duct penetrations of such corridor walls. As noted above, the quantity and buoyancy of the smoke is presumed to be reduced by the fast response sprinklers

BEYOND THE ROOM OF ORIGIN

While the combination of sprinkler protection and the separation between the room and corridor requiring construction capable of resisting the passage of smoke should restrict the need to evacuate patients from other than the room of origin and immediately adjacent rooms, the code still requires smoke compartments created by passive smoke barriers. While there are many requirements related to smoke barriers, four are of significance with respect to protecting the occupants:
From a building systems perspective, obviously the codes are concerned with smoke migration through ducts that may penetrate the smoke barrier. Historically, smoke dampers (actually air leakage rated dampers listed in accordance with UL 555S) have been required at duct penetrations of smoke barriers.  Once fast response sprinklers were required in all smoke compartments containing patient sleeping or treatment rooms, NFPA 101 deleted the requirement for smoke dampers. The rationale was that a limited amount of smoke might spread across the smoke barrier due to the reduced smoke and the reduced buoyancy of the smoke produced when the fire is being controlled by the fast response sprinklers. Full scale fire tests have demonstrated that peak optical density and carbon monoxide concentrations on a fire floor vary by a factor of approximate 30 when comparing a fire controlled by a sprinkler system versus an uncontrolled fire. (ix) The fire tests also showed that the heat release rate of a fire in a room without sprinkler protection can decrease significantly after 15 minutes due to decreased oxygen levels.
In addition to the control of the fire by the automatic sprinkler system, the omission of smoke dampers at duct penetrations has been based upon additional factors.
During the NFPA 101 debate on the issue, hospital facilities expressed concern over the time and cost associated with testing the dampers. Newer technology is available to reduce the ongoing cost, but such technology does increase the initial cost of the system. During a more recent discussion of the same issue at an ICC hearing, testimony was provided indicating that the omission of smoke dampers would assist facilities in their need to address infection control.(x)

Another concept permitted by the codes to address the relocation of patients in a health care facility is the use of horizontal exits. A horizontal exit consists of a fire barrier having a fire resistance rating of at least two hours and again, providing a minimum area on the other side of the barrier to accommodate patients or occupants that are relocated to the other side of the horizontal exit. If a building is not protected by an automatic sprinkler system, duct penetrations of smoke barriers are typically prohibited. However, again recognizing the benefit received by using fast response sprinklers, NFPA 101 does not restrict duct penetrations of horizontal exits in new health care occupancies.

NFPA 101 requires that all floors be constructed as a smoke barrier although duct penetrations of such floors are not required to be protected with smoke dampers. NFPA 101 also requires compliance with NFPA 90A,(xii) which contains several key smoke control requirements.
While the last two provisions have thresholds with respect to the capacity of the supply and return systems, in a health care facility these capacities are typically exceeded.

While NFPA 101 does not require engineered smoke control systems in all health care occupancies, the code does address smoke control using a variety of passive and active features of the building. The ability to effectively control smoke during a fire in a health care facility is critical due to the protection strategy of protecting or defending the occupants in place, thereby minimizing the need to evacuate or relocate patients. However, the code continues to require features that will result in providing an area of refuge should patients need to be relocated during a fire.

High-rise building designs involve several inherent challenges related to smoke movement, including: pronounced “stack effect”; wind effect; piston effect from the elevators; extended egress times; the need to defend-in-place; and protection of firefighters during their emergency operations. Engineered smoke control systems can be employed in high-rise buildings, which use mechanical means to produce pressure differentials across barriers to inhibit smoke spread.
Common types of engineered smoke control systems in high rises and very tall buildings include:
Fire protection engineering principles have been developed over time to the point where we can now model and analyze the primary driving forces behind smoke movement in buildings. Computer models and software have been developed to assist with the evaluation of smoke movement within buildings, incorporating the influences of fire size, location, stack effect, wind, and HVAC systems. Ultimately, in high-rise building designs, these computational methods will be necessary to provide some level of “performance-based design” rather than simply adhering to prescriptive code requirements in order to ensure a safe, efficient, and viable smoke control strategy.
Read the full article here.

William E. Koffel, P.E. is president of Koffel Associates, Inc., a fire protection engineering and code consulting firm. He is a member of the NFPA Life Safety Tech-nical Committee on Health Care Occupancies and the NFPA Technical Committee on Smoke Management Systems. For more information, go to www.koffel.com

A Practitioner's Guide to Management in the Building Industry