Since the start of the COVID-19 pandemic, much has been learned about the SARS-CoV-2 virus and the COVID-19 disease it causes. For example, we now know the most prominent route of disease spread is indoor airborne transmission through large and small droplets. While much has been learned, we still do not understand why disease rates occasionally rise and fall nearly simultaneously around the world.

Behavioral actions, such as isolation, social distancing, and mask-wearing, as well as vaccinations, have proven to be effective in mitigating transmission. We see that COVID case rates fluctuate dramatically around the globe, affected by the community and regional mitigating actions described above as well as by movement of people through immigration, migration, and visitation. We struggle with challenges brought on by the nonconformity that seems to be related to the complex environment we live in today; however, there is evidence that Mother Nature is doing her part to protect us.

Analysis of data from around the world has yielded clues that natural phenomena, in addition to human activities, impact COVID transmission. Global data shows again and again that abrupt declines in new cases begin on approximately the same day in many places. To delve into the reasons for concurrent changes in disease rates, data from the U.S. was studied because of its size, diverse geology, and extensive COVID data. 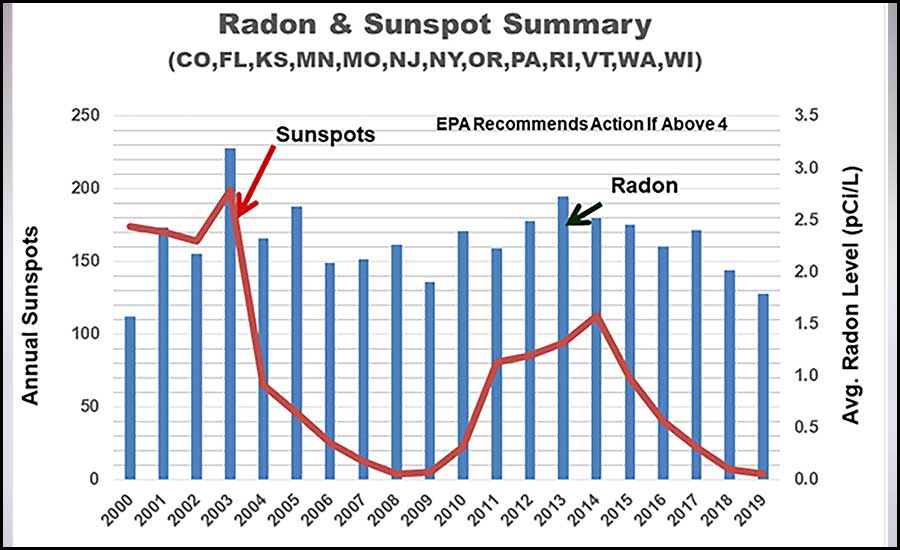 FIGURE 1: A radon and sunspot summary across 13 U.S. states. Photo courtesy of Building4Health

We investigated why some states had increasing COVID cases while others with nearly identical demographics were either stable or decreasing. A common denominator associated with downturns in COVID rates is local background radiation from geological stores of radium, which decays to radon. In my March column, I described how snow cover acts as a barrier, keeping radon from being releaed into the outdoor environment, channeling it instead into buildings thorough cracks and openings in below-ground basements or slabs. At that time, we postulated that solar flares in early January, modulated by regional snow blanketing, increased indoor radon to levels that were viricidal to SARS-CoV-2 and consequently decreased COVID-19 cases. With further research, it became clear that at this same time, surface radon levels were also increased by solar and lunar positions that maximized tidal forces on the Earth. If our hypothesis is correct, this was a fortunate coincidence that further contributed to the Jan. 12 global drop in COVID cases.

In the summer and early fall of 2021, simultaneous decreases in COVID-19 cases were, again, observed around the world. Yet, there was no snow cover to explain this trend. We now asked, “What non-wintertime seasonal events could modulate indoor radon levels?”

Solar flares bombard the Earth with energy in the form of heat, ionizing radiation, electromagnetic radiation, and Coronal Mass Ejections (CME). CMEs are gas and magnetized plasma that rocket away from the sun at millions of miles per hour. The ionizing radiation is mainly in the form of ultraviolet light, X-rays, and gamma rays. The electromagnetic radiation protects the Earth from potentially harmful ionizing radiation, creates tension in the earth's crust, and causes fissures through which radon flows to the surface. In fact, increases in soil radon following solar flares is a recognized precursor to earthquakes. It is interesting to note the dramatic drop in COVID cases in Haiti following a major solar flare on July 3, prior to the 7.1 magnitude earthquake on Aug. 14. While ionizing radiation could inhibit SARS-CoV-2 outdoors if it reached the Earth, it does not penetrate structures, and, therefore, it is not considered a major factor in the spread of COVID, as more than 90% of the disease is transmitted indoors.

Radon decays to radioactive Polonium218, Bismuth214, Lead214, and Polonium214 particles. We now know from a separate line of research that these radioactive particles can destroy SARS-CoV-2.

During the spring of 2021, in the North Central U.S., a significant drought caused deep crevices in the ground and increased indoor radon levels in these regions. The increased radon correlated with a fall in COVID cases. In a seemingly contradictory way, heavy rain also increases indoor radon by diverting ground-level radon into structures. The June-September rainy season in the Southeastern U.S., with concurrent increases in indoor radon, may be one of factors that contributed to the dramatic drop in COVID cases in early September in this region.

Limited data shows a correlation between peak soil radon and the 11-year solar cycle maxima, and average indoor radon levels in 13 U.S. states from 2000-2019 shows a relationship with the solar cycle as well. Further, the data shows a two-time difference in average indoor radon levels from 2008-2019 between the states with high background radiation and those with low background radiation.

It is known that radon decay products are disruptive to the DNA of human cells and have been associated with lung cancer. For this reason, building codes regulate maximum levels of radon. Nevertheless, the question remains: Does radon impact indoor COVID transmission, and, if so, could low levels safely mitigate COVID-19 disease? We should at least consider the possibility that synchronous, global fluctuations in COVID-19 disease rates may be modulated by natural phenomena, such as solar flares and weather, that increase indoor radon levels.

Clearly, possible correlation of COVID cases and radon is multivariable and complex. A lack of comprehensive and consistent radon measurements in some regions increases the challenge. Furthermore, every epidemiologist knows correlation does not necessarily mean causation.

Despite these complexities, numerous examples make a compelling case that indoor radon concentration is related to the spread of COVID. However, research is necessary to demonstrate the impact of radon decay products on SARS-CoV-2, and comprehensive analysis of radon data is needed to confirm a causal relationship between radon and changes in COVID case trajectories.

Radon may be an important connection between natural events outdoors and airborne disease transmission indoors. A recent article stated, “If we don’t fully understand what causes the rise and fall of pathogens, how can we possibly hope to tame them?” Recognizing the role of nature in airborne disease transmission is a major step in the path to comprehend the past and address the future.

Leonard Landau is a retired mechanical engineer who worked with General Electric for more than 40 years.