Large facilities utilizing HVAC hydraulic cooling and heating systems are incredibly complex. New design and/or modifications (expansion) of these systems, which are commonly utilized in pharmaceutical manufacturing, critical facilities (data centers), or hospitals, require complete analysis based on solid calculations for stakeholders to make decisions for functionality, safety, reliability, and cost-efficiency. Traditional hand calculation or Excel spreadsheet programs cannot satisfy these requirements due to the nature of the method and the level of complexity involved. Modern computer modeling software programs, such as PIPE-FLO, are powerful tools proven to identify the entire system operation and determine the best and safest design solution.

In a large facility, the chilled water (CHW) system usually requires a large amount of cooling capacity (see Figure 1). Each building has a distribution loop to serve end-users, such as cooling coils, heat exchangers, etc. The campus usually has a central utility plant (CUP) serving several buildings, containing multiple chillers, pumps, and the associated expansion tanks, air separators, etc. As the campus grows, the CUP will need to be expanded as well. 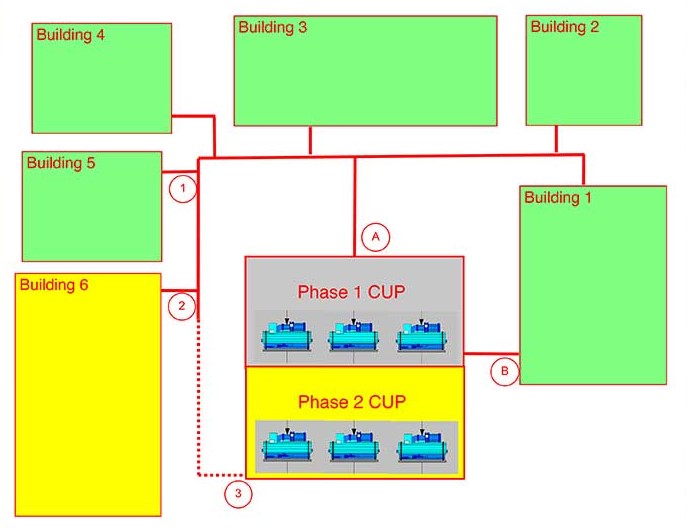 In the example shown in Figure 1, the phase one CUP serves existing buildings No. 1-5. Adding a new building (No. 6) will need extra cooling capacity provided by phase two CUP. There are two options for how the main piping system can service the new building:

Obviously, option two requires additional cost; the owner needs to know the benefit of option two and the potential risk of option one in order to decide between the two.

Traditional hand calculation or Excel spreadsheet programs are acceptable at calculating single pipeline friction loss but cannot handle this type of network calculation to offer the results as required. Every time a parameter changes, the existing building network will change the response, which then needs multiple calculations to find. Also, the method to calculate a looped system is very complicated for engineering work.
Evaluating option one with traditional Excel spreadsheet programs shows the existing piping from point "A" through "one" to "two" into the new building can handle the pressure loss with CUP one and CUP two's combined capacity. Similarly, the pumping system can handle the existing building users based on this type of single-piping line calculation. But this is all it tells us.
With hydraulic modeling software, we can model a large network piping system with all the necessary details. Such software can provide a clear picture of system performance, including pump performance and the operating condition/risk associated with each user (i.e., air handler coil and control valves), including flow rate, pressure drop, etc.

For basic functions and the necessary input data, refer to the PIPE-FLO website (www.pipe-flo.com). From the model result, the following important items are identified:

In addition to these, with a looped system, it provides redundancy for the entire system, as the CHW can be served in both ends of the CUPs, so if one end of the piping fails, the system can still work. This failure scenario is easily proven by a PIPE-FLO model using the “Lineup” function. 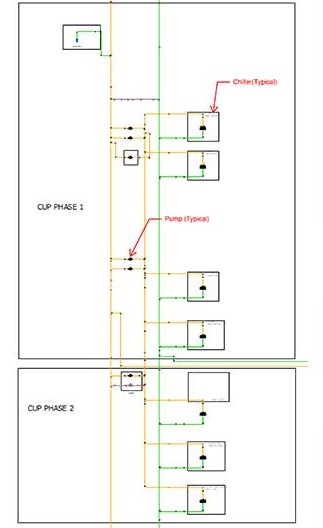 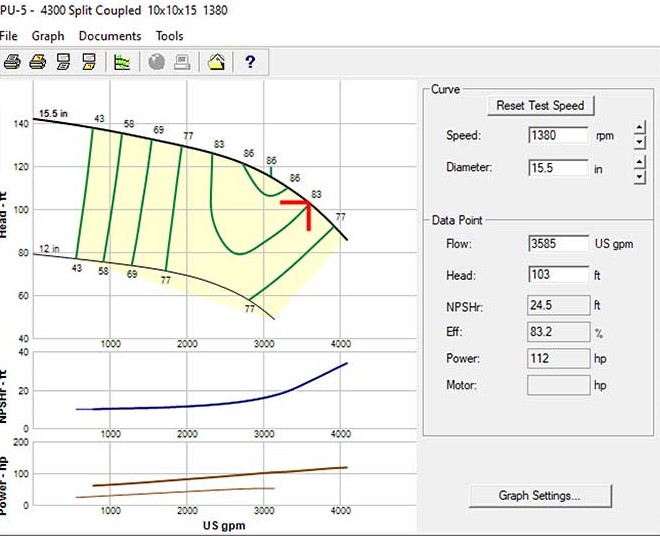 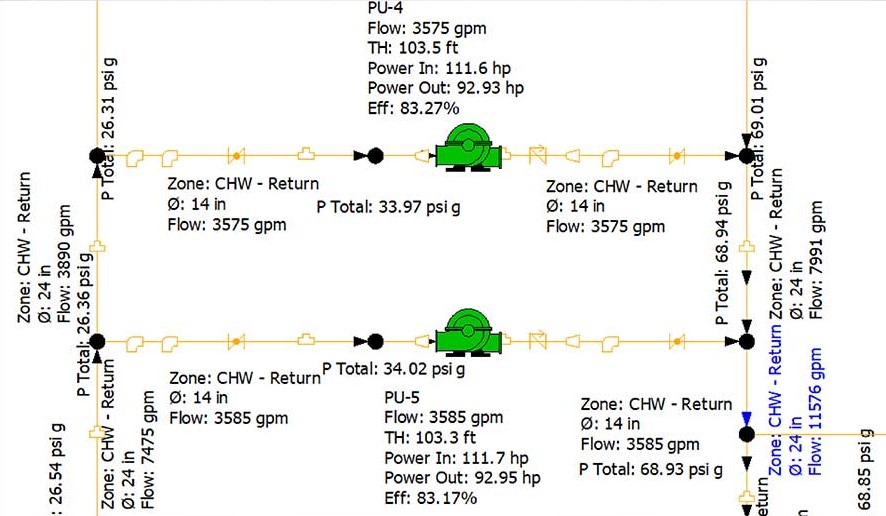 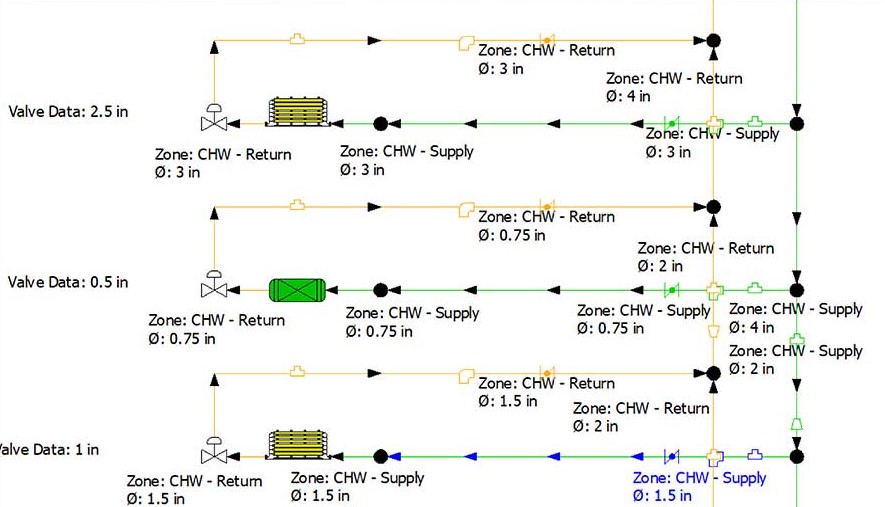 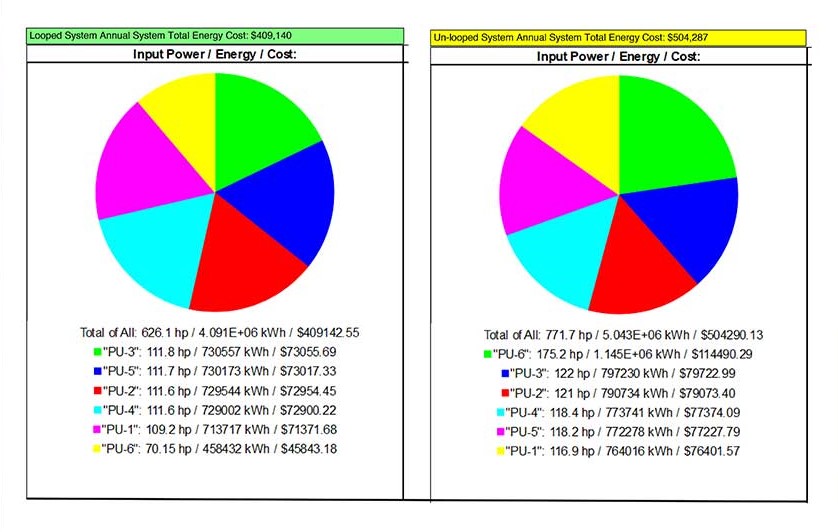