Life-safety dampers are critical fire-protection features of buildings. By protecting duct and air-transfer-opening penetrations through fire- and smoke-rated construction, they help to contain fire and smoke within the area of origin. Like any mechanical device, life safety dampers need to be tested periodically to ensure they will work as designed when needed. Chapter 7 of the International Fire Code requires that fire dampers be maintained in accordance with NFPA 80, “Standard for Fire Doors and Other Opening Protectives,” and that smoke dampers be maintained in accordance with NFPA 105, “Standard for Smoke Door Assemblies and Other Opening Protectives.” The 2019 editions of NFPA 80 and NFPA 105 introduce important changes concerning the maintenance of fire and smoke dampers. This article explains those changes and how they can significantly reduce costs while making buildings safer.

According to the 2016 editions of NFPA 80 and NFPA 105, during the commissioning of a new or remodeled building, life-safety dampers must undergo “acceptance testing” to confirm proper operation. The dampers then must undergo “periodic testing” to confirm continued operation. Periodic testing is required one year after dampers are installed and every four years thereafter, except in the case of hospitals, whereby testing is required one year after installation and every six years thereafter. Requirements regarding acceptance testing and frequency of periodic testing are unchanged in the 2019 editions of NFPA 80 and NFPA 105.

Also unchanged is the method for performing periodic testing of life safety dampers that utilize a fusible link. The fusible link must be removed to confirm a damper closes as designed. The fusible link is required to be removed, inspected, and replaced manually, meaning someone must physically go to the damper to perform the test. 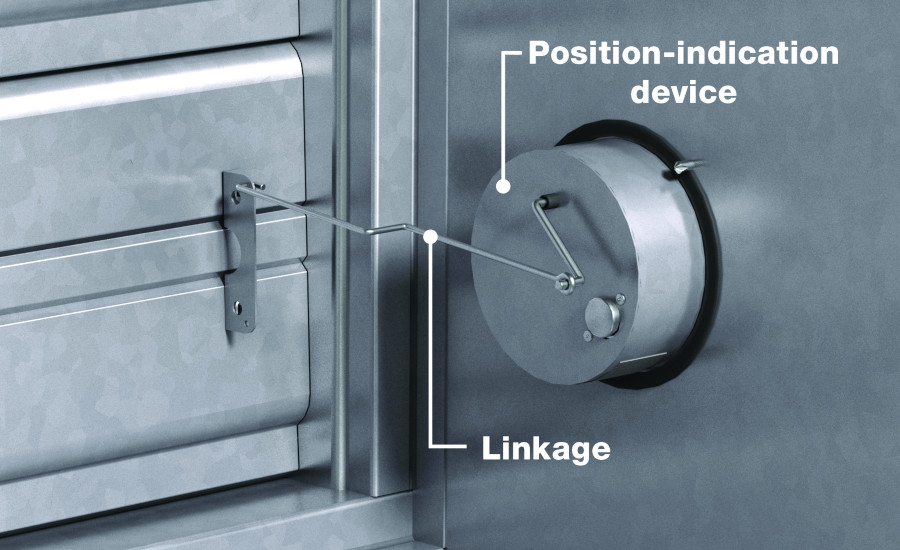 Three preconditions must be met before remote testing can be utilized:

Once these preconditions have been met, required periodic testing may be conducted remotely. The procedure is as follows:

If a remote test fails to comply with steps 1-3, a visual inspection is to be conducted.

Often, improper installation or tampering during building construction is to blame for poor life safety damper operation. Examples include dampers installed out of square, sheet metal screws installed in locations preventing damper linkages from fully operating a damper, the loosening of actuator clamps on damper shafts, and boards installed between damper blades to prop open a damper. Such problems should be identifiable during the visual inspection required by NFPA 80 and NFPA 105 at the time a building is commissioned, prior to remote testing. If the problems are not identified during the initial visual inspection or they occur afterward, a remote test will identify that the damper is not operating properly. That is because the remote-test method requires positive indication that both the open and closed positions have been reached. For example, if a sheet-metal screw is installed in a damper’s linkage, the damper may be able to close but not be able to fully open. The position-indication linkage connected to the damper blade, then, will not trip the electromechanical switch that confirms the open position, resulting in a failed test. Anytime a remote test cannot confirm a damper is able to reach its open or closed position, NFPA 80 and NFPA 105 require a visual inspection to be conducted. 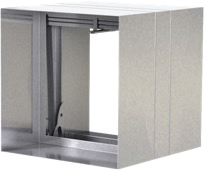 There are several benefits to conducting life safety damper testing remotely. One concerns accessibility. While some life safety dampers cannot be accessed without the removal of permanent building features, the remote test method provides an option for periodically confirming such dampers are operating properly. Additionally, the remote test method eliminates the need to breach ceiling membranes for the conducting of tests. Opening ceilings has the potential to expose building occupants to airborne microbes that can lead to infectious disease. This especially is a concern in health-care facilities.

The remote-test method also dramatically reduces the cost and coordination associated with life safety damper inspection. Because remote tests can be conducted at little to no cost, they increase the likelihood and frequency of damper inspections, improving building safety.

The 2019 editions of NFPA 80 and NFPA 105 allow building owners to conduct code-required periodic testing of certain life-safety dampers remotely. Three preconditions must be met. Once they are, periodic testing can be conducted more cost-effectively and more frequently, leading to safer buildings.