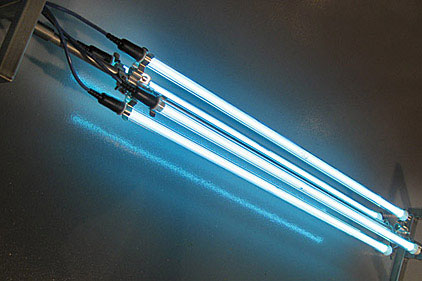 When it comes to yoga studios, Chad Clark has seen some of the worst IAQ problems. Clark is the president of Hot Yoga Studio De-sign & Services, a division of Cavalry Services, Inc. in Scranton, PA.  Clark once consulted with a hot yoga studio in Florida, where the problems were so bad that the owner faced eviction charges and the facility’s foul odors were detected blocks away from its front door.
The establishment was an infectious “petri dish of mold, fungi and Legionnaires’ Disease,” Clark said.
Hot yoga is a type of yoga genre requiring up to 250°F furnace discharge temperatures and 100°F to 130°F indoor air temperatures. According to Clark, it is also an HVAC designer and installer’s worst nightmare. With this in mine, he also said that few mechanical engineers specify the correct equipment, and even fewer contractors escape unscathed from a host of installation challenges inherent on any hot yoga studio project.
“Hot yoga studios, beyond any doubt, are the toughest design and installation project in the HVAC industry,” he said Clark.
Consequently, hot yoga studios have been responsible for fires, code infringements, and studio evictions. However, IAQ is the greatest challenge facing the hot yoga industry and its thousands of studios across North America.

Because IAQ and propagating biological contaminants are critical for hot yoga studios, an ultraviolet germicidal irradiation (UVGI) light system for airborne biological disinfection is essential. Typically,Clark uses the Airborne In-Duct System, a complete UVGI kit system manufactured by Fresh-Aire UV.
While most UVGI lamps are installed perpendicular to airflow and parallel to air conditioning coils where microbes thrive in a condensation-rich atmosphere, Clark prefers in-duct system installations configured with multiple 60-inch lamps oriented in-line with the airflow to create a longer UVGI field and increased exposure time for microbe sterilization. In traditional HVAC systems, UV lamps are typically installed in the supply air duct. However, because of hot yoga studios’ significantly hotter supply air discharge temperatures, Clark recommends the cooler 130° return air duct as a more suitable environment for UVGI equipment.
Likewise, steam humidifier air switches, high limit switches, and any other HVAC devices “survive about one week in a hot yoga supply air duct,” according to Clark.
Beside in-duct systems, Clark also prefers UVGI power supplies that are remotely mounted outside the duct instead of inside where the humid, hot environment can cause reliability issues. Because of its reliability, this type of power supply has a lifetime warranty and experiences few failures.
UVGI equipment complements Clark’s outdoor air specifications, which typically surpass ASHRAE Standard 62, “Ventilation for Acceptable Indoor Air Quality.”
Clark specifies Standard 62’s recommended 20-cfm/person of outdoor air, which is automatically overridden by humidity, VOC, or CO2 sensors that activate outdoor air dampers. Clark uses GE Teleaire sensors and controls, but he just recently developed his own OEM type of building automation system that senses all three environmental conditions plus standard items such as temperature.
Improperly sealed HVAC ductwork in cooler unsealed ceiling spaces attracts condensation that promotes growth of biological contaminants such as mold, fungus, or Legionnaires’ Disease. Condensation on piping and steel roof structures can also lead to building deterioration. Clark notes that an Arizona shopping center roof collapse was allegedly caused by a hot yoga studio tenant.
“Enveloping the entire studio in a vapor barrier is critical,” said Clark, “Then to withstand the 70-degree operating differential, we build the walls and ceiling with structurally insulated panels, which are similar to refrigerated walk-in coolers.”
Hot yoga studios are so problematic that major furnace manufacturers neither recommend their equipment nor risk the liability of custom-building equipment to suit the torrid environment. Consequently, Clark was forced to design his own OEM electric furnaces, gas furnaces, and thermostats. These are built by King Electrical Manufacturing, Rupp Air Management Systems, and an independent circuit board maker, respectively. His modulating furnaces are approximately twice the size and capacity of conventional space units. If a hot yoga studio doesn’t have a 400-amp service available for the preferred electric heat, Clark specifies a gas-powered furnace.
“This is a unique application that most HVAC manufacturers want nothing to do with because occupied spaces above 92°F, puts them into more stringent UL classifications and code levels,” said Clark.
However, IAQ is still one of the greatest hurdles facing hot yoga studios. The aforementioned hot yoga studio that Clark could smell blocks away was not an anomaly. After installing a UVGI system, the biological contaminants and the odors they caused disappeared within three days. The studio operator’s pending eviction notice was rescinded, and Clark had once again provided one of his many IAQ solutions to the hot yoga industry.
KEYWORDS: uv-c