Electricity and natural gas costs were reduced at the Environmental Way building, thanks to hydronic boilers. 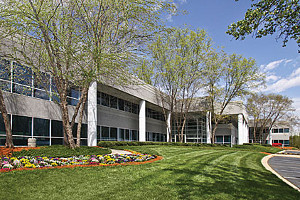 For David Bowles, a former IBM corporate facility in Charlotte, NC was much more than an abandoned eyesore. It was an opportunity.

Bowles, owner of Environmental Services of Charlotte, Inc., purchased the empty 70,000-sq-ft building in 2009. A mechanical and electrical contractor, Bowles saw the shell of a building as the perfect place to carry out his vision: the creation of a multifaceted showcase of green building capabilities.

“The building had ‘good bones,’” Bowles said. “I saw a structure that could become one of the most energy efficient in the region, without necessarily breaking the bank.”

Aptly re-named Environmental Way, the facility was fully rehabilitated in 2009 and 2010, and now it serves as a model of cutting edge and integrity-based environmental design solutions that result in cost savings for the building’s owner — particularly in the realm of hydronic heating.

Unoccupied for a decade, the Environmental Way building had a system that consisted of inefficient cast-iron sectional boilers until the rehabilitation project began. Bowles knew a critical component of his project would be to reduce the HVAC system’s environmental footprint as well as its operational costs. In addition, the pre-renovation system drew 9 Amps per boiler for the power burner motors, Bowles said. He knew he could do better on a system’s electrical consumption.

“Our focus from the beginning was to utilize as many of the existing building features as possible,” Bowles said. “HVAC and electrical are often two of the most costly components of a retrofit project, especially one that wants to go green.”

Decisions needed to be made about what to keep and refurbish, and what to completely replace. As part of the comprehensive rehabilitation plan for the facility, Bowles contacted Eric Hobbs, vice president of Weeks-Williams-Devore, Inc. in Matthews, NC, a Fulton authorized manufacturer’s representative. Bowles shared the Environmental Way concept with Hobbs, indicating that when the retrofit project was complete, he intended to seek LEED® Platinum certification.

Hobbs suggested the building would be best served by the installation of two Fulton Pulse Hydronic Boilers to replace the aging system. With ultra high efficiencies (up to 99%), low electrical consumption (less than 1 AMP), low maintenance cost, and simple design, the Pulse Condensing Hydronic Boiler system was the optimal solution for the project, Hobbs said.

“We have sold the Pulse boilers and water heaters since they were introduced to the market (more than 20 years),” Hobbs added. “We have had a lot that ultimately increase equipment life. By designing the control logic to minimize the number of times a specific unit cycles, the wear on the boiler system is minimized and the equipment life cycle is greatly extended.

In addition, the system responds to outdoor temperature readings and adjusts the loop setpoint accordingly. Hydronic systems are configured to maintain building temperatures at design temperature, ensuring there is enough heat on the coldest days.

But if the outdoor temperature is warmer than the design temperature, the boiler plant has too much capacity. With a properly designed control system in place, lower hydronic loop temperatures will be used to generate higher system efficiencies, which in turn means significant energy savings.

At Environmental Way, the Pulse boilers are being controlled by the ModSync Sequencing System from Synex Controls. The ModSync’s cutting-edge technology helps users optimize boiler efficiency for hydronic, steam boiler, and thermal fluid heater installations. With the sequencing system in place, Environmental Way has the capability to minimize cycling and maintain even operational usage across each boiler in the heating plant – which of experience with the reliability of this product.”

In addition, Hobbs recommended the installation of a Synex Controls color touch screen ModSync™ sequencing system. The ModSync was custom configured for the specific needs of the installation to operate the condensing boilers at their optimized efficiency levels.

THE RESULTS AT ENVIRONMENTAL WAY

One year later, both natural gas and electricity costs at Environmental Way were reduced, Hobbs said, all while handling a significant increase in the occupied facility temperature of 72°F (22°C) rather than the unoccupied temperature of 50° F (10°C). The Pulse boilers draw approx. 0.75 Amps during run mode (about 90 Watts).

The hydronic heating system and ModSync installed at the Environmental Way building are among many of its amenities: wind generators, “off-the-grid” battery backups, and recycled building materials among them. The facility’s LEED Platinum Core and Shell pre-certification has quickly become a centerpiece of design — one that has brought visitors from far and wide to gather ideas and information, Hobbs said.

It also has become a meeting place for green movement industry innovators, including seminars and symposia on green building design.

As part of the Environmental Way commitment to extending its experiences with others, Bowles is developing an internet dashboard to permit others to get live, up-to-the-minute data on the building’s efficiencies — including the boiler system’s activities. “It will give people the opportunity to really see what goes on with the equipment used throughout the building,” Hobbs said. The interaction of the equipment and the design are an integral part of the mission of Environmental Way, he said – one that can serve as a model for others seeking the same outcome.

“The partnerships that Environmental Way has been able to develop with Fulton and Weeks-Williams-Devore Inc. have been crucial,” Bowles said. It has helped us to achieve our goals as one of the most energy-efficient commercial building retrofits in our region.”