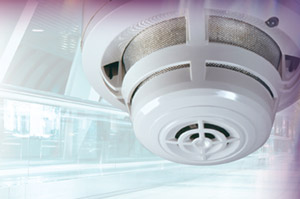 With each U.S. state adopting its own versions of the 2012 editions of IFC (International Fire Code) and IBC (International Building Code), many residential and institutional buildings are being required to add or upgrade CO detection. Hotels, dormitories, apartment buildings, hospitals and nursing homes top the list of affected facilities.

The traditional method of wiring and installing separate photo and CO detectors, together with the required base, mini-horn, monitor module, conduit and junction box, can cost hundreds of dollars per room. Up to 54% of these material and labor costs can be eliminated by installing the 4-Warn/CO detector and its addressable sounder base. Plus, less devices and wire present a cleaner appearance.

Facilities plagued by nuisance alarms can benefit from this new device’s four sensing elements for smoke, CO, flame and heat to validate a real emergency and negate false alarms.