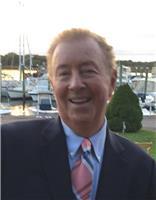 Former Engineered Systems and Mission Critical publisher Peter Moran died on May 24, 2017, in Westerly, RI. He was 73.

After graduating from Manhattan College in 1969, Moran started in the B2B sector and earned an MBA from Iona College. His career in advertising sales eventually led him to BNP Media (then Business News Publishing) in 1988, where he began as Eastern Advertising Manager for three books: the ACHR News, Refrigeration Service & Contracting, and a still new title, Engineered Systems.

After succeeding in that capacity for a few years, Moran became publisher of ES in 1994. Under his guidance, ES would grow considerably in pages, market share, and reputation. In 2000, BNP named Moran publisher of the newly acquired Energy User News, a title he transferred when EUN was shuttered in 2008 in favor of Mission Critical, a new endeavor to serve the growing data center industry.

When he was not working, Moran enjoyed spending time with his family, golfing, and the occasional trip to Florida. He continued publishing ES and MC until retiring in August 2016 to Rhode Island, where his family had relocated after many years in Bronxville, NY.

Randy Amborn, an industry veteran and strategic marketing director for Unison Comfort Technologies, described things well.
“Peter Moran was an old school advertising pro. Yet he was also able to adapt to change, as when he transferred his skill set from MEP to the data center market. Peter was certainly competitive, always ready to point out the weakness in a rival’s BPA statement, and was delighted when his client’s campaigns in his book were successful. He had a sharp business focus, yet he was always ready to laugh at the absurdities that arise in the course of conducting business. As his client, it was fun each time Peter came to town for a meeting and dinner. The twinkle in his eye revealed his joy in his work and especially the people it brought him into contact with. Our community of engineers, editors, marketers, and manufacturers has lost a ‘happy warrior’ with his passing.”

Many colleagues and contributors at BNP will long remember Peter with appreciation. We send our condolences to his wife, Eileen (with whom he had just begun their 50th year of marriage), and to the couple’s three daughters and eight grandchildren.