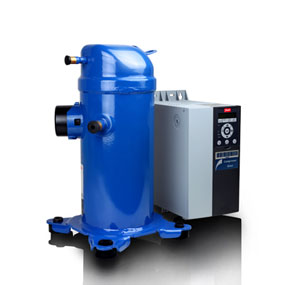 The Danfoss inverter scroll compressor range VZH with permanent magnetic motor has been extended to include three new models. Designed for rooftops, air handling units, close control, process cooling, and ground source heat pumps, the new Danfoss inverter scroll compressor VZH models will deliver cooling capacities between 4 to 7 tons and up to 13 tons in manifold configurations.  The first VZH models suitable for 13- to 52-ton chiller and rooftop applications were released in December 2012. The new capacity extension of VZH scroll compressors will be released in the first quarter of 2015.

Conflicting Standards: Which Path Should I Take to Reopen My Building?

Engineered Systems’ July 2020 issue features our cover story on the future of office ventilation and controlling infectious diseases, the importance of VRF system certification, and much more. Also included with this month’s issue is our Health Care Supplement.
View More Create Account