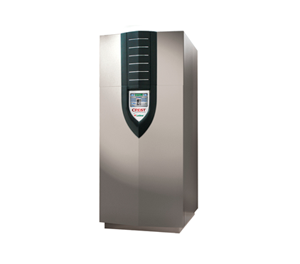 The company’s CREST® condensing boiler models are available in dual-fuel models and with enhancements for high altitude applications.

Lochinvar, LLC has announced that its advanced CREST®Condensing Boiler is now available with inputs up to five million Btuh. Orders are currently being accepted for the new five million Btu/hr (FBN5000) and four million Btu/hr (FBN4000) models. Along with the addition of the larger models, Lochinvar has also expanded the line to include a dual fuel gas train. Additional product enhancements include lower firing input derate numbers in high altitude applications.

Since its introduction, the CRESTCondensing Boiler has swept the industry with its fire-tube technology integrated with Lochinvar’s exclusive SMART TOUCH™ operating control. Offering thermal efficiencies as high as 99 percent, the newly extended CREST line brings exceptional energy-efficiency and design flexibility to the largest commercial applications. The new FBN5000 and FBN4000 take CREST’s offering to the next level for new construction and energy retrofit installations in buildings of any size.

Adding to CREST’s versatility, Lochinvar is now offering models with dual fuel capabilities. Currently the dual fuel gas train is offered on the 1.5 to 3.5 million Btu/hr models, and the new larger models will soon be offered with dual fuel. A keypad switch on the front panel of the boiler allows for a smooth and simple conversion from natural gas to propane.

To increase CREST’s performance in high altitude applications, Lochinvar updated the line to offer lower derate numbers. On the 1.5 to 3.5 million Btu/hr models, the derate is less than two percent per 1,000 square feet above sea level. With the new 4.0 and 5.0 models, no derate is experienced at high altitudes.

“CREST continues to make waves throughout the industry, and our recent additions and enhancements make it an even smarter choice for meeting today’s building standards,” stated Stirling Boston, director of marketing for Lochinvar, LLC. “As the most advanced, high-performance option available, CREST delivers efficiency and ease-of-use in applications of all sizes.”