What Is a Fuel System Controller?

With its flexibility, redundancy, and ease of monitoring, the FSC is becoming the go-to replacement controller for large facilities.

The FSC is a general-purpose programmable logic controller with integral I/O. A single FSC can control and/or monitor a simple process, and multiple FSCs can be networked together for coordinated distributed control of larger systems. Each FSC has its own logic processor for independent distributed control. FSC-to-FSC communication occurs via dual redundant, masterless NodeNet networks.

Both networks communicate continuously. If one network goes down, the other network is already in operation with no loss of function. Additionally, if any FSC processor fails, all other nodes continue to function. Reliable communication between FSCs eliminates the need to run numerous line and low-voltage wires.

Each FSC node can be equipped with a 4-inch color touchscreen human machine interface (HMI) for setup and operator interface. Each HMI can “see” all the FSC nodes. A single RS485 or Ethernet connection to any HMI allows the plant-wide monitoring system to monitor/control all FSC nodes. The most common application of the FSC is to monitor and control emergency generator fuel oil supply pumping and storage systems.

Here are three case studies that demonstrate the value and flexibility of an FSC.

This facility utilized two identical systems, consisting of one filtration system each with an integral main tank monitor for level and leak indication. The monitor also controlled filling operation. Additionally, each system had one duplex pump set and two 100-gallon day tanks with integral control cabinets. There were four FSCs per system.

Projects such as data centers or other mission critical facilities often require unique designs and custom specifications. This site required all equipment to be inside an electromagnetic pulse (EMP) barrier to block electromagnetic fields.

The problem presented by the EMP barrier was that the generators, day tanks, and pump set were contained inside it, but the main storage tank and filtration were outside the barrier. Control signals needed to be transferred between control panels, so fiber-optic transceivers were added. The solution was RS-485 to fiber converters, which allowed the project designers to use the NodeNet communication between FSCs while penetrating the EMP barrier. 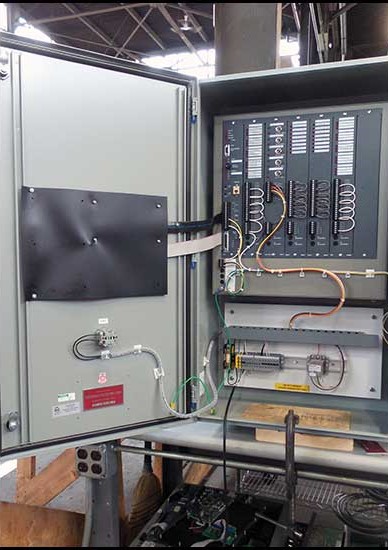 FIGURE 2. (Before) In this application (case study No. 3), the PWC controller was originally located inside the panel. It was nearing end-of-life and needed to be replaced.

This case involved expanding the capacity of a large facility with the addition of a generator. The project’s service provider was originally contracted to do an installation four years ago. In that original job, one pump set with a control cabinet and four day-tank control cabinets were installed. The pump set cabinet also included an integral tank gauge for monitoring two storage tanks for level and leak indication, and it also monitored filling operations. A total of four FSCs were implemented at that time.

In 2021, facility managers decided to add a fifth generator and day tank with a control cabinet. Because of the flexibility of the FSC, adding the fifth controller is a simple program change. The NodeNet communication was connected between the new controller and existing system to completely integrate the new tank into this system. Without the FSC, adding another day tank could entail modifications and/or additions in wiring and cabinets already in the field.

The FSC NodeNet communication also allows the facility’s building management system (BMS) to pick up signals from the added day tank controller without requiring a new communication drop to be installed to the added controller. 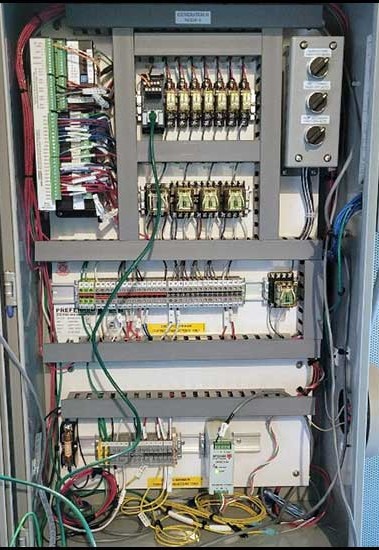 FIGURE 3. (After) The PWC controller in case study No. 3 was removed from inside the panel and replaced with a prefabricated subplate assembly that bolted right into the enclosure using the same mounting as the original PWC controller. None of the field wiring or conduit runs needed to be changed.

In this application, Plant Wide Controllers (PWCs) that were nearing the end of their lives were converted to FSCs for better control and monitoring.

First of all, the LCD display/touchpad was replaced with an updated version using an adapter plate that allowed it to be directly fit into the existing cutout in the door of the enclosure. The PWC controller was removed from inside the panel and replaced with a prefabricated subplate assembly that bolted into the enclosure using the same mounting as the original PWC controller. The facility managers wanted to keep the hand-off-auto (HOA) switches behind the closed door of the enclosure, so the project installer mounted those on the provided subplate.

This type of installation meant none of the field wiring or conduit runs needed to be changed.

In this project, a total of seven units were replaced. Originally, the units were communicating with each other via Modbus using twisted cable. This cable was changed out as the system is now communicating over the NodeNet communication bus. The original cable was repurposed to pull the new NodeNet cable through the conduit.

With all the conversions completed, the updated technology allows increased visibility of the overall system from any of the control cabinets. The project required about one day per cabinet to perform the required changes.

The FSC is an ideal choice for large, mission-critical facilities that require redundancy and simple, accurate monitoring. It reduces the need for field wiring and offers reduced per-project programming. With its advanced color touchscreen and capacity to integrate with building automation systems (BASs), the FSC is an ideal replacement option for PWCs when they reach the end of their service lives.

Dennis Cosgrove is a project manager for Preferred Utilities Manufacturing

Dennis Cosgrove is a project manager with Preferred Utilities Manufacturing in Connecticut. He has worked with Preferred for more than 30 years, specializing in all things fuel oil. A veteran of the U.S. Navy, Dennis holds a degree in mechanical engineering from the University of Rhode Island.