The Importance of Redundancy

Redundancy has several benefits, but the most important is its ability to minimize shutdowns and provide a constant flow of steam.

Typically, a person’s first thought when it comes to the term redundancy is not positive. The word likely conjures thoughts of something that is no longer needed or, perhaps, is completely unnecessary to the task at hand. Despite this stigma, redundancy is a crucial aspect of any well-planned steam system. Numerous applications depend on redundant systems to keep their processes operating smoothly.

This article will provide a simple explanation of boiler redundancy, demonstrate why it’s so important to a steam system, and list the control methods available to keep a plant running at full optimization.

In a boiler application, having redundancy means to have more output than is actually needed to operate a process. This is commonly referred to as “N+1,” with the N referring to a complete system that can easily handle all steam needs, and the +1 representing an additional, redundant boiler.

Why Is Redundancy Important?

Redundancy has several benefits, but the most important is its ability to minimize shutdowns and provide a constant flow of steam. No matter how reliable or well-designed a system, periodic shutdowns are unfortunately unavoidable, whether that be because of scheduled maintenance, mechanical failure, or human error. For that reason, redundant systems have become must-haves in high-demand production facilities and emergency centers around the world.

A total shutdown of a steam system can range from an inconvenience to an outright catastrophe depending on the size, scale, or industry, but, even in a low-stakes environment, a shutdown is still costly. In scenarios such as these, facilities may come to a total standstill until systems are back up and running.

This is why redundancy is so crucial. Regular maintenance and careful operation can extend a boiler’s life, but it won’t keep it running indefinitely, and a boiler certainly can’t receive a total checkup while it’s still running. However, with a redundant system, potential downtime can be minimized.

Figure 2. While both systems will provide necessary steam output, only one will keep a facility running in the event of an unexpected shutdown.

Consider the following situation: A facility is in need of 10,000 pounds of steam per hour to meet production demands. The simple solution is to acquire a boiler that can provide exactly what is needed. But, what happens if that boiler shuts down? What is lost in terms of production and downtime?

Consider, instead, the benefit of using a “team” of boilers to meet a facility’s needs. By using two boilers, each capable of providing 5,000 pounds per hour, and adding a third, the total steam system capacity is now 15,000 pounds per hour. On the surface, this may seem like overkill, but by implementing a system that provides more than is required, an effective backup is created that ensures continued production. In the event that any boiler fails, the others will simply ramp up production to meet the facility’s needs, allowing it to continue to operate at full capacity while the remaining boilers work to come back online. While a redundant system may represent a higher initial capital cost, the bottom line is that the chance of the facility having downtime is minimized, which can make any upfront cost pale in comparison to the money lost during the unproductive production hours.

While minimizing downtime is the major benefit of a redundant system, it also comes with several other benefits over the use of a single boiler. The use of multiple boilers offers better operational flexibility to meet changing steam load demands. A series of smaller boilers will be able to come up to pressure at a significantly faster rate than a single boiler during peak hours. A series of boilers can also handle low steam demands without needing to cycle on and off, which can create pressure fluctuations. Additionally, multiple boilers will be able to provide a better overall system efficiency as opposed to a single boiler that operates at lower firing rates.

When it comes to implementing a redundant system, an immediate question presents itself: How exactly should these boilers operate in relationship to each other? Should a single boiler fire at full capacity while another stays offline, or should all of them run at lower firing rates? And, how exactly will the operation between them be coordinated?

With this in mind, any facility with a redundant setup is going to need an electronic communication system to control each of these boilers and how they work together. Since a single boiler is no longer running on and off, a reliable way to effectively manage the workload is needed. Luckily, suppliers will have that covered. 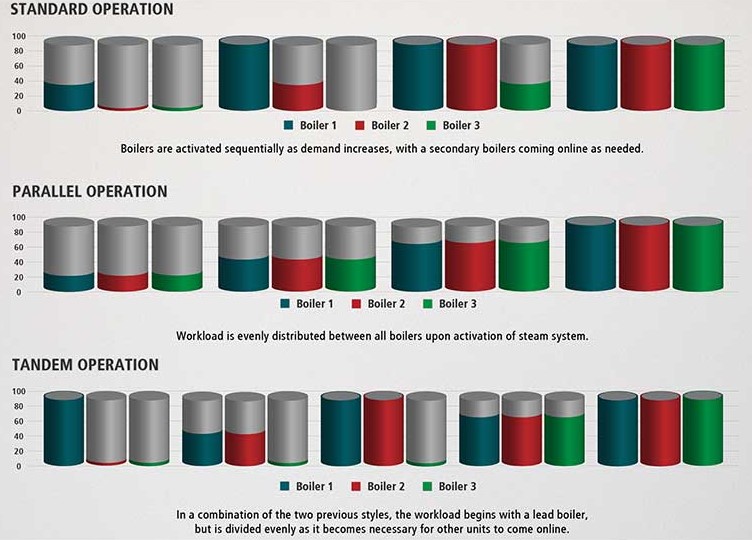 Figure 3. A breakdown of the three primary modes of operation in a redundant steam system.

While different companies will refer to it by different names, a supplier should be able to provide a reliable way of distributing the boilers’ workloads in the form of an electronic control system built into a boiler’s digital interface. This system will be able to oversee modulation as it adjusts to any changing requirements, including the automatic startup and shutdown of additional boilers as required as well as granting more precise levels of efficiency.

Specific operation will typically fall into one of three operational styles. As with the title of the control system, these styles will have different names depending on the supplier, but, for the purposes of this explanation, we’ll refer to them as standard, parallel, and tandem, as illustrated in Figure 3.

Each operational style comes with its own benefits:

As to which of these systems is the best, the answer is largely situational. Depending on the industry, production hours, or steam application, any of these operational styles could be the best fit for a facility. When looking to acquire a redundant system, consult with a supplier regarding the necessary products and coverage. In addition to providing the design of a redundant system, a supplier will be able to suggest the ideal operational methods to best suit the needs of each facility.

The information here serves as a basic introduction of boiler redundancy. With its reliability and benefits, its easy to see why more and more facilities around the world have begun to rely on backup boiler systems to keep production running.

James Adgey is a thermal sales engineer with Clayton Industries.