Five years ago, Tate & Lyle decided to replace an aging coal boiler at its Loudon corn milling facility in Tennessee. It switched to natural gas-based combined heat and power (CHP). The drivers were simple: The rising price of coal and stricter emissions requirements would necessitate the addition of expensive pollution control equipment on its coal boilers. Instead of investing in flue gas desulfurization (FGD) and selective catalytic reduction (SCR) technology to stay within boiler maximum achievable control technology (MACT) limits, the company decided to spend a little more to revamp and expand its steam and electricity production capabilities.

“The facility will reduce emissions by more than 2,000 tons per year, satisfy our steam needs, and enable us to realize big saving by switching from grid power to generating its own electricity,” said the plant manager at that time. “As boiler efficiency will rise sharply, fuel costs will also be considerably lower.”

This upgrade formed an early part of a global initiative by Tate & Lyle to transform its environmental stewardship. The company has set targets for 2030 to reduce CO2 emissions by 30%, water usage by 15%, and eliminate coal from its worldwide operations.

“These new targets demonstrate our commitment to integrate sustainability into our day-to-day business activities, processes, and culture,” said Anna Pierce, director of sustainability at Tate & Lyle.

Based on the replacement of coal boilers at Loudon and the success of that project in terms of return on investment and environmental benefits, the company decided to upgrade its Lafayette plant. It lined up a similar project for its Lafayette South corn milling plant in Indiana. 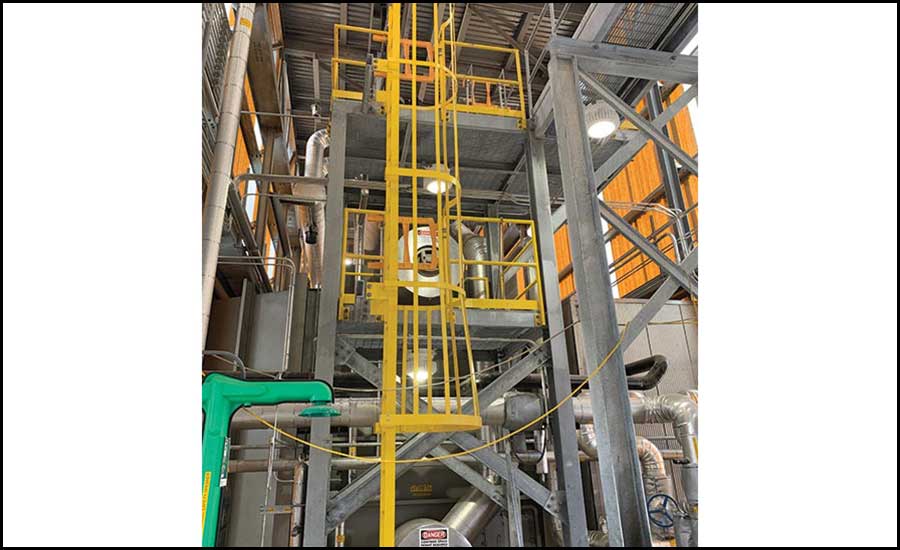 “We take our responsibility to the environment very seriously and are committed to doing more to care for the planet, including lowering our greenhouse gas emissions by using cleaner energy,” said Travis Montoya, manager, Lafayette South Plant for Tate & Lyle.

This project turned out to be almost a mirror image of the Loudon job: Two Siemens Energy SGT-700s and a Rentech HRSG. The Siemens Energy units are designed for high output/efficiency and lower emissions with a wide fuel range capability. Due to high exhaust heat, it is well suited to CHP. It includes a third-generation dual-fuel, dry low emissions (DLE) combustion system that keeps NOX emission levels low.

The Rentech HRSG recovers energy from the exhaust stream of a turbine. As supplemental duct burners are included, Tate & Lyle can run them regularly to boost steam production when required.

“The Lafayette South Plant project not only helps meet our sustainability goals in reducing our greenhouse gas emissions and water use — it’s also a project that saves us money as a company, so it was really a win-win for us,” said Nick Waibel, global energy lead for Tate & Lyle. “Eliminating coal and going into a clean-burning fuel is the right next step for our plant.”

How to Properly Sanitize Industrial and Commercial Spaces

LA's Museum of Contemporary Art Seeks Relief in the Fog

Archie Robb is a writer from Southern California specializing in business, real estate, and technology.

Chilled Watergate: Solving Another Mystery at the Watergate Office Building