Air ducts are integral parts of a ventilation system. They are responsible for the supply of clean air and the intake of waste air. That is why the sanitary and hygienic condition of the air ducts by the ventilation system must also be monitored periodically.

A layer of dust and debris reduces the performance of the ventilation system: Buildups reduce the cross-sectional area of the duct and also resist the moving air. Mud deposits are a favorable area for the development of pathogenic bacteria that can harm human health.

Additionally, in dirty duct systems, the risk of fire increases. Dust and grease formations on the inner surface of the duct are highly flammable and the moving air stream promotes the spread of the flame. The procedure for cleaning air ducts from dirt and dust can be subdivided into several stages.

Stages of cleaning the air duct include inspection, cleaning, and disinfection. Initial inspection involves visual identification of contamination on the surface of the duct. Sometimes, a human eye is sufficient at this stage. It is necessary to resort to the help of specialists who will conduct an examination using a video surveillance system in more difficult situations.

Figure 1. Video inspection allows individuals to personally assess the quality of the work done and also to make sure the air duct was not damaged during the cleaning process.

The purpose of cleaning ventilation system ducts is to remove visible dirt and buildups on the inner surface of the duct. There are several ways to clean air ducts, the choice of each of which is determined by the type of ventilation system, the level of its pollution, and the personal requirements and finances of the customer.

Mechanical cleaning is used to remove dry types of dirt. This cleaning takes place with a brushing machine. A shaft with a brush performs its mechanical cleaning moving along the air duct. The dust removed from the surface is picked up by the airflow created by the vacuum pump and sent to the filter. 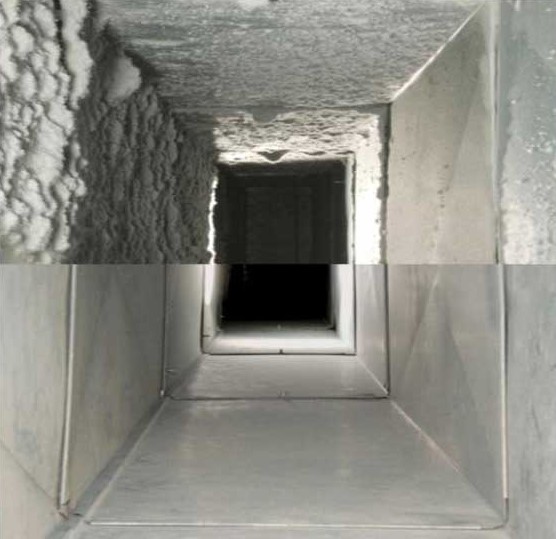 Figure 2. An air duct before and after cleaning.

A vacuum pump can be used as a cleaning method. In this approach, a vacuum pump is installed in the outlet section. The system is sealed and chemical forces are sprayed into the system, forcing contaminants to separate from the duct walls. The airstream picks up the separated impurities and carries them into the filter of the vacuum pump.

The vacuum pump approach is effective for removing fatty deposits, rapidity, and is generally affordable. However, the vacuum pump method is only suitable for moderately dirty systems, as the difficulty lies in ensuring tightness.

The combined cleaning method is suitable for removing dust and grease. The first step is mechanical cleaning. The remaining dirt is removed with the help of special detergents at the second stage.

The combined method requires an average amount of time, is expensive, and is necessary to ensure the tightness of the ventilation system.

The cryogenic method (blasting) is one of the most effective cleaning methods. Atomized particles of the reagent strike the dirt at high speed. As a result of the collision, a micro-explosion occurs, which destroys the pollution layer without damaging the surface of the duct.

This method copes with any kind of pollution; however, it can be quite expensive. The cryogenic method also requires a lot of time and tightness of the system.

Disinfection of air ducts of ventilation systems of clean rooms is especially important. Using this procedure maintains the required level of air purity.

The goal is to remove contaminants that have appeared on the surface of the air ducts that cannot be detected with the naked eye, such as harmful bacteria, fungi, and other microorganisms.

Video inspection allows to personally assess the quality of the work done and also to make sure that the air duct was not damaged during the cleaning process. An inspection video camera moves along the duct by pushing it with a rigid cable, or it is placed on a special reconnaissance robot that moves along the duct. The chamber can be sized to inspect even small cross-sectional ducts. Also, different cameras have different viewing angles (it can reach 360 degrees). At the same time, the camera has a flexible head that allows to explore all kinds of turns of the air duct.

The image from the camera goes to the monitor to which it is connected by means of a cable and is recorded on a digital storage medium. The length of the cable varies depending on the inspection camera models.

The air duct performs one of the main functions of the air-purification and control system. In order to ensure high-quality air exchange, it is also necessary to clean and disinfect it from time to time. Otherwise, ventilation from the air purification system will turn into a source of air pollution.

John Terry is a sales and marketing assistant with six years of experience working alongside the executive team of the Canada Blower Co. He takes part in various sales and marketing projects, composes prospects and booklets, and manages product implementation process. Terry participates in many online software demonstrations and works in collaboration with training coordinators on closing various complex deals.