The 130-year-old Scottish Rite Center in Wichita, Kansas, recently ran into a common problem with its metal cooling tower that supported the HVAC system. The old tower had completely rusted-out and was now in total disrepair.

“It was really rotten and leaking all the time, but we kept patching it and patching it,” said Charles Dye, owner of First Service LLC, a plumbing, heating, and air-conditioning contractor servicing companies throughout central Kansas. “We kept it going until it couldn't take it any longer.”

For more than a century, the facility was home to the Scottish Rite Freemasons of Wichita. Now it is run by TempleLive, which hosts major concerts, wedding receptions, and other private events throughout the year. Voted as the most beautiful building in Wichita in the 1970s, the building’s exterior resembles that of an old English castle constructed out of large limestone blocks. Its interior is even more detailed, often described as lavish and mysterious.

The only part of the historical building that was less than enchanting was the old metal-clad cooling tower that sat on the roof. So, in the summer of 2020, Dye and TempleLive determined that the constant maintenance on the tower was costing them too much time and resources and it was finally time to invest in a new tower.

“At first we were just looking at going with another metal tower,” said Dye. “But, honestly, we were not thrilled with the idea of repeating history; knowing how much maintenance goes into metal towers.”

At that point, they decided to expand the search and compare each of the basic materials used in the construction of cooling towers.

“We looked at stainless steel but the cost was too high, and with the fiberglass you have to mix it up and seal the seams in the sump,” said Dye. “We weren't too crazy about doing all that. We just wanted a tower that was affordable, easy to install, and something that would last a long time with less maintenance.”

The drawbacks of metal, steel, and fiberglass led Dye to an old friend who had some experience with engineered-plastic cooling towers.

“I really did not know anything about them,” says Dye. “Mark O'Donnell at Heaven Engineering introduced me to the technology. I did some research and was really impressed by the 20-year warranty. You don’t see that in this industry. It checked all our boxes, and so we went with it.” 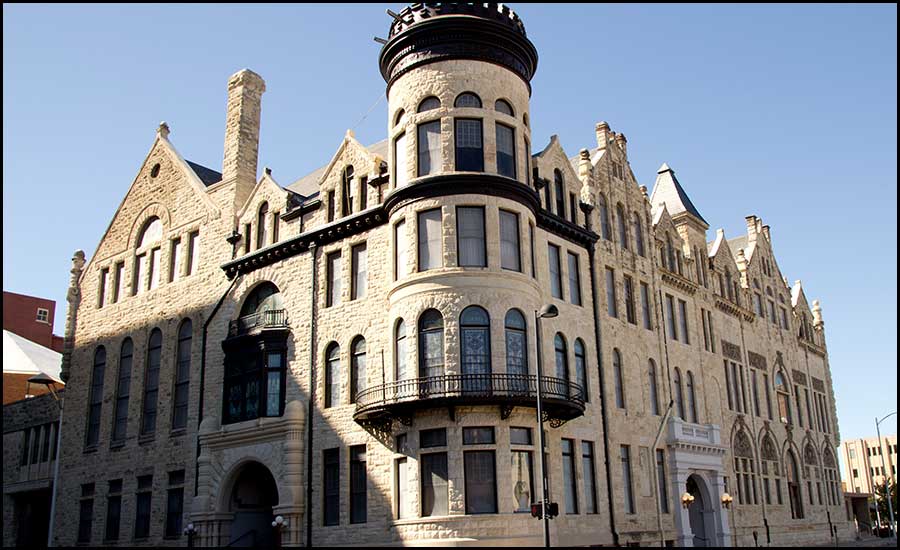 Figure 2: A photo of the new engineered plastic cooling tower.

Engineered plastic cooling towers are made from high-density polyethylene (HDPE) and are used in numerous industrial processing and HVAC applications because of their inherent resistance to corrosion as well as their high-efficiency features.

HDPE technology is not new. In fact, engineered-plastic cooling towers were first developed by Delta Cooling Towers in the 1970s. The technology has expanded over the years to include a variety of HDPE models ranging from 10 to 2,500 cooling tons.

“It came all in one piece,” explained Dye. “You just put it on the pad, bolt the thing down, connect the 6-inch PVC pipe, and hook up the electrical. It was super easy.”

When TempleLive took over the facility recently, the company was determined to make it the premier venue in Kansas. One of the keys to that strategy was to preserve the facility’s architectural elegance from all sides. That being said, the old metal-clad tower - easily visible from the rear of the building - was a bit of an eye-sore. 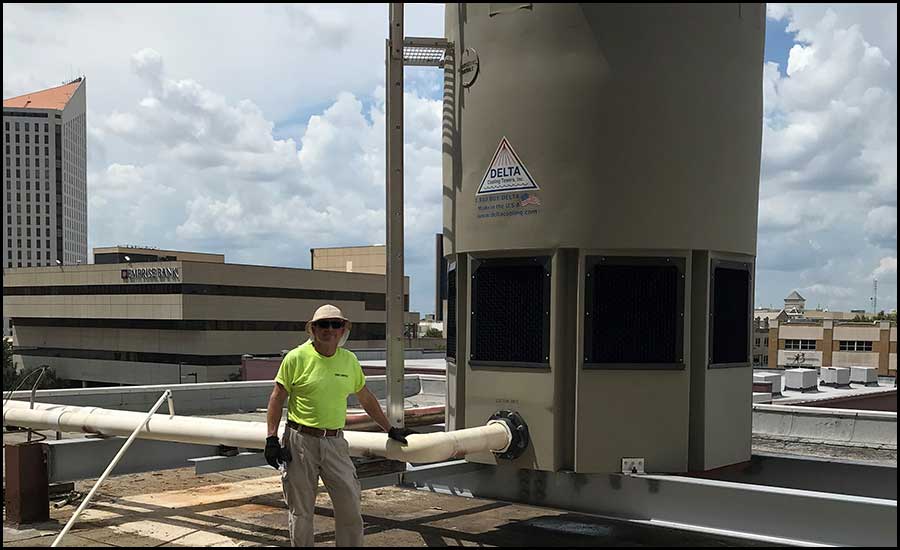 A photo of the Rite Center’s exterior. Image courtesy of Judy Handley

“The old metal cooling tower was big, clunky and looked like an old shed sitting up there. It was ugly,” said Dye. “The new plastic tower looks really nice, but you have to kind of look for it because it just blends into the building really well.”

It was not just the sight of the rusted tower that was lacking, the noise coming for the old unit was also an issue.

“The old metal tower had a gearbox on the fan motor, and it was pretty noisy,” said Dye.

The unit the facility ultimately selected was a Delta Cooling Paragon T150 model, which has a capacity of 150 cooling tons and, partly because of its design, also runs much quieter than other cooling towers.

“The new tower has a direct drive motor, so it requires less maintenance and it’s really quiet,” said Dye. “We really like it.”

Engineered plastic cooling towers also offer the potential for long-term savings that go well beyond their competitive upfront costs. Due to the fact that HDPE cooling towers do not leak, as is a common complaint with standard metal-clad units, users save on both water usage and treatment chemicals.

Additional options include VFDs (variable-frequency drive) fans which offer even more savings. Some operations have calculated the total electric power energy savings to be more than 40%.