As COVID-19 has turned many of us into shut-ins, more and more companies, organizations, and industry leaders are leaning on virtual presentations to share their messages, offer educational opportunities, and introduce products.

As a magazine editor, I’ve had the privilege of attending several of these events. One such event, hosted by Belimo in early June, not only served as a stage to introduce the company’s new Belimo Energy Valve™ with the Thermal Energy Meter, but it provided some great insight into a problem plaguing facilities worldwide: low delta T syndrome.

So, what exactly is delta T syndrome, and how do you know if your building is suffering from it? Low delta T syndrome is a phenomenon found when too much water is pumped through a building — more water than can be used for energy. While this can happen in many ways, low delta T syndrome most frequently occurs as the effect of oversized coils and valves. Designers often size valves and coils so that they are capable of handling worst-case scenarios; they’re built to handle the hottest temperatures or largest loads. While they must be capable of working in those conditions, 80%-90% of the time they operate at much lower loads. Additionally, coils can degrade, foul, or scale as they age, which can minimize their ability to properly consume or use energy.

Low delta T can negatively impact a building. This can be determined by using the following formula.

Q is measured in Btu/U and is constant

For a given constant load on a coil, flow and delta T are inversely proportional. The power output (Q) is measured in Btu and flow, and delta T is used to determine the load. As flow goes up, delta T goes down.

When a coil receives more flow than is needed, the power curve begins to flatten and eventually decrease. Above that, the delta T line continues to drop. Any flow beyond that mesh point is considered the “saturation zone,” which means more water is being pumped than is needed for the demand. In this scenario, the delta T is being dropped far below the designed level, and no additional energy is being provided to the system. There is no additional Btu or kW available on that coil.

There’s an efficiency cost to be paid upon entering this saturation zone. Let’s use two examples: Flows of 55 gpm (320 kBtu/hr) and 65 gpm (325 kBtu/hr). In the 65 gpm example, the line has flattened out. Using the pump affinity law, one can determine how much this additional flow or use of energy costs in pumping horsepower.

HP1 = the power needed for GPM1

HP2 = the power needed for GPM2

GPM1 = the flow in gallons per minute

GPM2 = the flow in gallons per minute

After running the 55 and 65 gpm examples through the formula, the results are shown in the table above. A rise of 5,000 Btu, which is a nominal gain in energy (1.6%), requires 16% more flow and 65% more pumping energy. This is an example of a low delta T condition — a large increase in pumping for a small increase in energy.

The Impact of Low Delta T in Chiller Plants

Tons is the load at the chiller.

The gpm and tons can be divided by delta T to determine chiller capacity. For example, a 500-ton chiller designed with a delta T of 12° will run at 100% capacity. This is an efficient arrangement of a chiller.

If the delta T operated at an 8° differential rather than 12°, 1,500 gpm would be required to reach the same load condition. Because of this, a second 500-ton chiller would need to be brought on board to use the extra flow capacity. This chiller is necessary not because of a temperature change but because there’s too much water flowing into the system. An inefficient delta T requires facility managers to operate additional equipment, such as chillers, pumps, condensers, etc., further lowering the operational efficiency.

The moral of the story: If delta T could be maintained, a central plant could operate much more efficiently. Belimo’s Energy Valve offers a solution for that. A special shout out to Jon Hildebrand, strategy and brand manager, Belimo, who provided the information I've shared in this column. See his video presentation for yourself by clicking here. 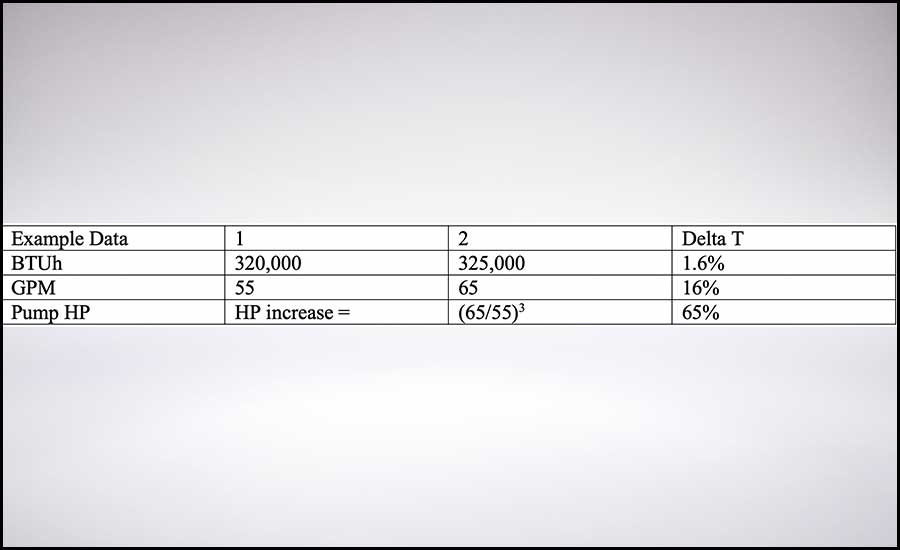 The Belimo virtual product launch is a great example of how those in the mechanical engineering industry are creatively sharing their insights. This has been accomplished by numerous other manufacturers as well, including Lochinvar, which recently introduced its CREST Condensing Boiler with Hellcat Combustion Technology through a similar event. Video presentations (both live and prerecorded) are certainly filling the void left by the lack of face-to-face meetings at conferences and trade shows.

For those aiming to share their messages to a pre-assembled audience of eager engineers, Engineered Systems is here to help. We offer a number of options to help you further broadcast your offerings, including lead-generation tools, like webinars and video spotlight e-blasts, as well as various other options, including publishing a video on our website, broadcasting that video through our HVAC Headlines or The Production line e-newsletters, and more.

If a picture is worth a thousand words, a video must be worth millions. Let’s work together to introduce your solutions to tens of thousands of engineering eyes, and, ultimately, help them land in as many buildings as possible.