Serving more than 1 million patient visits per year while offering 70-plus medical specialties and subspecialties, Boston Medical Center (BMC) is among the largest safety-net hospital and trauma and emergency services providers in New England. The 1.5 million-square-foot, zero-energy, private, not-for-profit, 514-bed academic medical center is located in Boston's historic South End and is the primary teaching affiliate for Boston University School of Medicine.
Located in a historically diverse part of Boston, three-quarters of BMC's patients are from underserved populations. Since 2010, Kate Walsh, current president and CEO of BMC, and Bob Biggio, senior vice president of BMC facilities and support services, have committed to optimizing and configuring BMC to become energy efficient and sustainably focused with the help of a solid and successful fiscal plan. Evident by the recognition as one of the greenest hospitals in Boston, BMC has achieved this goal. BMC is a member of the Boston Green Ribbon Commission, an organization committed to getting businesses and organizations across different sectors to implement effective methods for fighting and mitigating climate change impact. In addition to being a member of the commission, Walsh serves as chair for the health care sector.
The commitment to having a healthier, greener health care environment is a mission that the entire BMC staff has embraced across the board. They pride themselves knowing they work at a facility that prioritizes providing health care services while still being as energy efficient as possible.

BMC's Dedication to the Environment

Health care facilities that provide inpatient and specialized outpatient services are significant energy users due to energy-intensive health care equipment, the need for 24/7 operation of a health care facility's major HVAC systems, and lighting. Heightening the city of Boston's urgent need for environmental change even more, studies show Boston is one of the nation's most climate-vulnerable cities. Pressing facts and studies have driven BMC's long-term commitment to implement numerous energy-efficient conservation projects and reduce its carbon footprint, which has ultimately dropped by 76% since 2011. 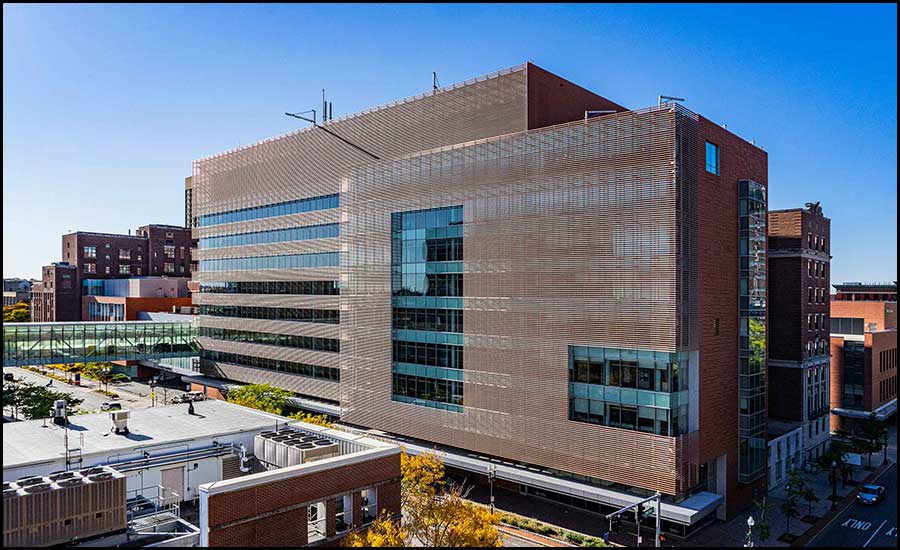 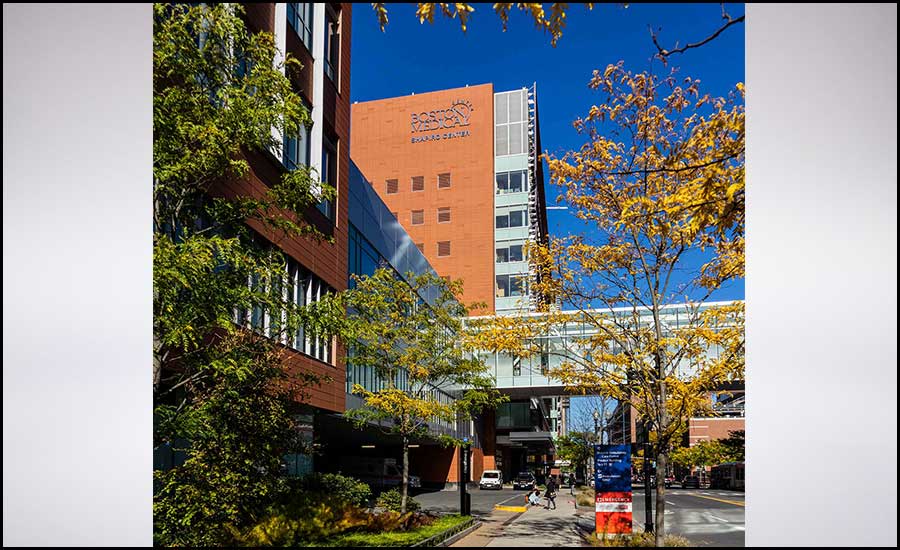 FIGURE 3: Pressing facts and studies have driven BMC's long-term commitment to implement numerous energy-efficient conservation projects and reduce its carbon footprint, which has ultimately dropped by 76% since 2011.

As an involved collaborator with BMC, CMTA ensures the many energy conversation projects are properly installed and operating as intended to generate the forecasted energy savings.
CMTA has also been proactively involved in the construction phase, including commissioning most of the numerous upgrade projects that were completed from 2011 to today as well as the process of retro-commissioning existing HVAC systems throughout the BMC campus. Doing so continually ensures the HVAC systems are operating as efficiently as possible.

Combined Heat and Power (CHP) Plant — The installation of a natural gas-fired, 2-MW CHP plant located on the roof of the BMC Yawkey Building was a successful and innovative means for BMC to self-generate thermal energy and electricity. Doing so allows BMC to save approximately $1.5 million annually with these savings go toward patient care. With an overall efficiency of approximately 70%, the BMC CHP plant results in substantial savings and plays a huge role in establishing the hospital as a more resilient facility. Accomplishments were made possible by following a well-thought-out emergency preparedness procedure that enables BMC to operate in “island” mode as long as the natural gas source is not interrupted. The BMC CHP plant has “black start” capabilities. If the electric utility grid goes down due to a natural climatic event, BMC can restart the CHP plant. This feature enables the hospital to provide heat and power to its critical inpatient spaces during an extended outage.
The location of this $15 million CHP plant is a resiliency factor in itself. By choosing to place this source of resilient power and thermal energy on the eight-story building's roof, the CHP plant is located far above the floodwater level for the area. Additionally, the BMC CHP plant is a backup power source for city and state emergency communications. In the summer months, the thermal waste heat from the BMC CHP plant is used for air reheating and domestic water heating, which significantly reduces BMC's energy consumption, specifically the facility’s energy use in the form of utility district steam. The use of recovered waste heat from the CHP plant has lowered BMC's annual district steam consumption by approximately 44,000 pounds of steam each year. BMC's CHP plant provides approximately 41% of the hospital's electricity and can meet 25% of its peak electricity demand. Cogeneration reduces annual electric grid consumption by more than 16 million kWh.
BMC received utility incentives for this 2-MW CHP plant as well as a grant from the Massachusetts Department of Energy Resources' Community Clean Energy Resiliency Initiative. The Boston Public Health Commission partnered with BMC to secure the funding.
CMTA provided the mechanical and electrical engineering services for BMC's high-performing CHP plant.
"CMTA's knowledge and attention to detail made this difficult project a major success with energy savings of $1.5 million,” Biggio said. “Thanks to their expertise, we have the most resilient hospital CHP plant in Boston."

Campus Consolidation Project — In 2012, BMC launched a $350 million campus modernization project that involved renovating 500,000 square feet of existing hospital space and building 130,000 square feet of new clinical space. The project enabled BMC to consolidate its two health care campuses into a single campus and eliminate 60 beds while maintaining its level of health care services by increasing the amount of clinical spaces. With this campus consolidation project completed in 2018, BMC further reduced its carbon footprint, energy costs, and energy consumption by 25% all while increasing the 1.5 million-square-foot inpatient care building's resiliency. CMTA acted as the owner's engineer for the campus consolidation project and oversaw other design teams to ensure that all renovation work would integrate seamlessly with the campus's infrastructure systems. CMTA then designed the necessary infrastructure modification to separate BMC's Newton Pavilion Building from campus infrastructure so that this asset could be sold to the state. Funds from this sale covered a large portion of the campus's consolidation costs, which improved the efficiency of the campus and the BMC patient experience. 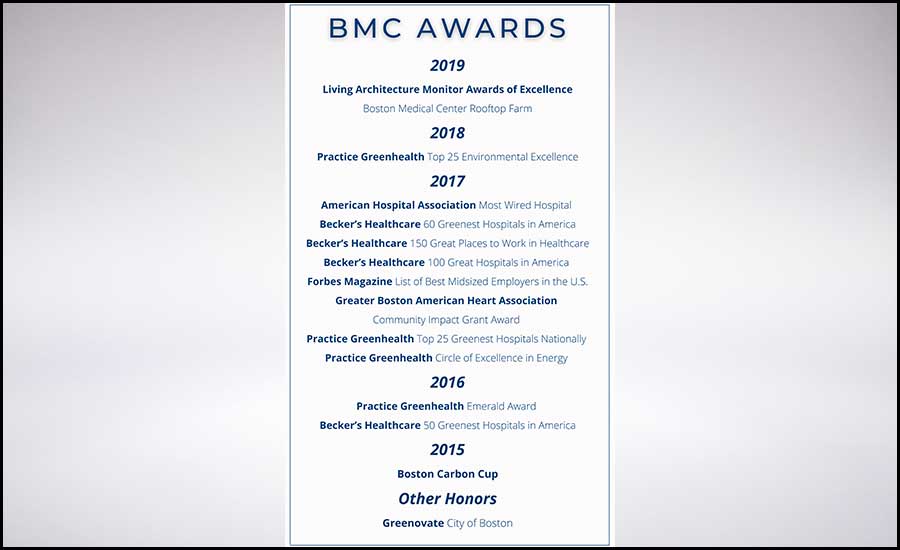 FIGURE 4: BMC has received several awards and recognitions for its groundbreaking achievements and innovations in health care sustainability and green projects.

Another shining example of BMC's pioneering approach in innovative, energy-conscious leadership is its partnership with the Massachusetts Institute of Technology (MIT) and the Post Office Square Redevelopment Cooperation to invest in a 650-acre solar farm in North Carolina. The arrangement, representing 146 gigawatts, is a 25-year power purchase agreement with Dominion Energy. The emissions-free solar power represents approximately 119,500 metric tons of carbon dioxide emissions, or, the equivalent of approximately 25,250 cars removed from the road.

As a result of all the innovative approaches for energy efficiency, conservation projects, consolidation, and increased space utilization efficiency, BMC has:

BMC shows it is possible to reduce operating costs, its energy usage, and carbon footprint while simultaneously improving the health and well-being of its patients.
Nationally recognized as an award-winning leader in energy reduction and electricity emission neutralization, BMC has been celebrated for its innovative approach to sustainability and resiliency. According to the U.S. Environmental Protection Agency (EPA), every dollar in energy cost savings is equal to $20 in new revenue for a nonprofit health care organization. If we use the EPA ratio, then BMC's energy savings correlates to approximately $10 million from 2011-2019, representing $200 million in new revenue that can be reinvested in the health care system.