This website requires certain cookies to work and uses other cookies to help you have the best experience. By visiting this website, certain cookies have already been set, which you may delete and block. By closing this message or continuing to use our site, you agree to the use of cookies. Visit our updated privacy and cookie policy to learn more.
Home » High-Efficiency Water Heating Helps Lower Costs at Amberwood Senior Apartments
Case In PointHeating & BoilersHigh-Performance BuildingsHospitality HVAC

Amberwood Senior Apartments in Daly City, California, is a 130-unit complex built in 1970. In 2017, with help from the Bay Area Multifamily Building Enhancements (BAMBE) program, Amberwood launched an initiative to reduce overall energy costs by 15% or more. BAMBE provided a rebate of $750 per unit — a total of $97,500 — to help pay for the improvements.

The BAMBE program is a service offered by the Bay Area Regional Energy Network, a collaboration of public agencies representing all nine counties in the San Francisco Bay Area. BAMBE’s consultants identified numerous areas where energy efficiency could be improved:

“Amberwood really liked the fact that the Cyclone units dropped them from 1 million to 600,000 Btu while improving efficiency,” said Richard Gutierrez, CEO, J.J. Commercial Water Heaters, the company that installed the Cyclone units and still maintains the property. “A.O. Smith was the only company that could help us.”

In addition to the water heating upgrade, Amberwood replaced 103 single-pane windows with dual-pane vinyl frame models, upgraded the lighting to LED in each unit and the common area, properly insulated attic cavities, installed low-flow aerators on kitchen and bath faucets in all units, and installed low-flow showerheads. 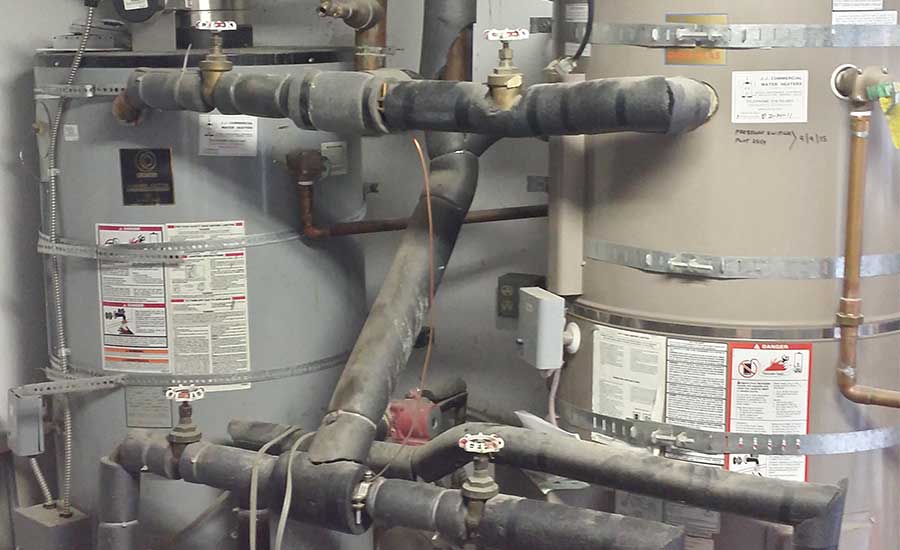 The entire upgrade at Amberwood achieved far more than the original goal of 15% energy savings. The comparison before and after the renovation shows a 25% overall energy savings — a total reduction of 607 million Btu, 28,530 kWh, and 52.3 metric tons of CO2 emissions.

The Amberwood upgrade is a good example of how private housing can achieve much higher energy efficiency when aided by government-sponsored programs that offer generous rebates and bring energy consultants on-site to conduct audits and make recommendations.